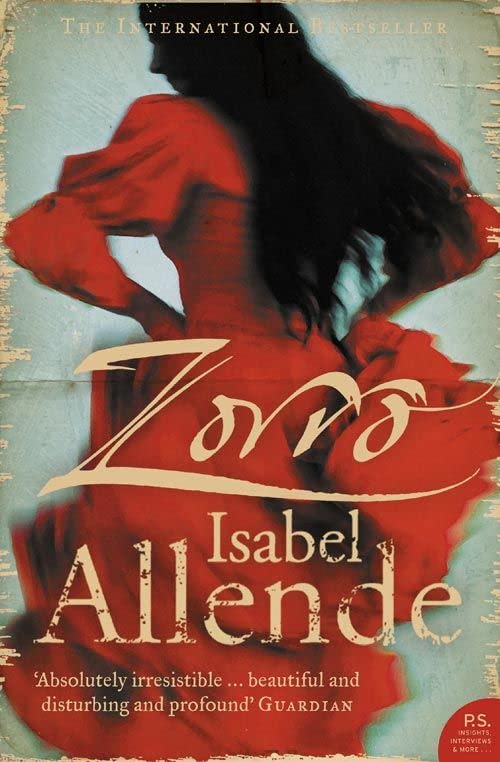 Beneath the mask, there is a man. And in his heart burns the fire of injustice ...

Duels at dawn, fierce battles with pirates and impossible rescues - these are the deeds that forged the legend of Zorro. But where did the man begin?

Southern California, late 18th century: Diego de la Vega is a child of two worlds, his father an aristocratic Spaniard, his mother a Shoshone warrior. Growing up he witnesses the brutual injustices dealt to Native Americans. Later, following the example of his fencing master, the young Diego joins a secret movement devoted to helping the powerless. His first steps on the road to heroism have been taken.

But a great rival will emerge from the ranks of the cruel oppressors. How will Zorro defeat him? And will his childhood sweetheart Isabel claim the prize she so longs for - his true love?

'Heroism doesn't come more mysterious or more dashing ... Pacey and atmospheric, this is a tale of love, rivalry and the pursuit of justice' Mail on Sunday

GOR000561112
Zorro by Isabel Allende
Isabel Allende
Used - Very Good
Paperback
HarperCollins Publishers
2006-04-01
400
0007201982
9780007201983
N/A
Book picture is for illustrative purposes only, actual binding, cover or edition may vary.
This is a used book - there is no escaping the fact it has been read by someone else and it will show signs of wear and previous use. Overall we expect it to be in very good condition, but if you are not entirely satisfied please get in touch with us.