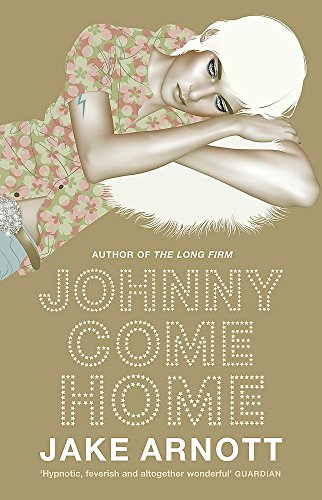 In Stock
£3.99
'Hypnotic, feverish and altogether wonderful' (Guardian) - the author of the bestselling Long Firm trilogy turns his eye on the anarchic 1970s.
Very Good
5 in stock

'Hypnotic, feverish and altogether wonderful' (Guardian) - the author of the bestselling Long Firm trilogy turns his eye on the anarchic 1970s.

As the dreams of the 1960s give way to anger and political unrest in the '70s, the charismatic anarchist Declan O'Connell commits suicide, leaving his boyfriend Pearson and fellow squatter Nina to try to make sense of what has happened.

Enter Sweet Thing, a streetwise rent boy, who has an uncanny hold over glam rock star Johnny Chrome; and in the wings lurks Detective Sergeant Walker of the newly formed Bomb Squad, who knows more about O'Connell than anyone ever suspected. The course of all their lives is about to change forever.

Rich in the forensic detail that's made Arnott the pop-culture laureate he is...breathless and compelling * Martin Horsfield, Time Out *
Fascinating, compelling, pulpy - all you'd expect from a writer who just keeps getting better. * Arena *
Bristling with contained energy and generating a white-hot unease. Best of all, the novel rescues the 1970s from the simple-minded dismissal of the entire decade as a kitsch-only zone...as Arnott argues with urgent, spellbinding power, it was a decade aflame rather than just flaming' * Patrick Ness, Guardian *
Beautifully observed and brilliantly paced...a fascinating portrait of impotence and amorality by a writer unafraid to take risks * Michael Arditti, Independent *
Once again he has skewered an age to the page...funny, sexy, touching, too, but it is the undertow of dread beneath the antics that makes it a serious achievement * Mark Sanderson, Evening Standard *
'Undoubtedly Arnott's best invention to date.' * Henry Sutton, Daily Mirror *
Compelling * Peter Burton, Daily Express *

GOR000542522
Johnny Come Home by Jake Arnott
Jake Arnott
Used - Very Good
Paperback
Hodder & Stoughton General Division
2007-02-08
288
034081859X
9780340818596
N/A
Book picture is for illustrative purposes only, actual binding, cover or edition may vary.
This is a used book - there is no escaping the fact it has been read by someone else and it will show signs of wear and previous use. Overall we expect it to be in very good condition, but if you are not entirely satisfied please get in touch with us.