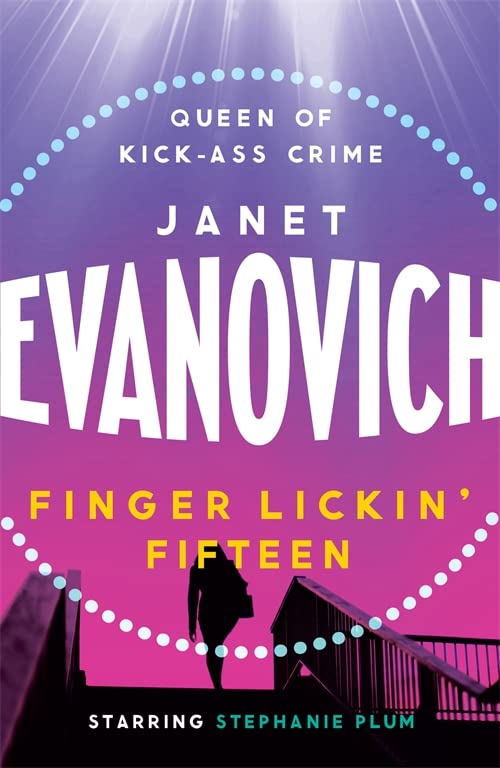 Stephanie's out of the frying pan and into the firing line...

Finger Lickin' Fifteen is the spiciest, sauciest, most rib-sticking Stephanie Plum adventure yet. Janet Evanovich's hilarious fifteenth novel in the series is not to be missed by fans of Harlan Coben and Sue Grafton.

Stephanie Plum's tempting mentor Ranger has come to her for help. Someone is trying to destroy his security company from the inside, and he wants her to investigate.

On top of that, Stephanie's colleague has just seen two men decapitate a celebrity chef and the unexpected repercussions are more than Stephanie can stomach. But with a million-dollar reward offered for the killers, she may soon be biting off more than she can chew.

What readers are saying about Finger Lickin' Fifteen:

'Evanovich has surpassed herself with this head spinning delight'

'Another fun romp with Stephanie Plum'

A Jersey girl with Bette Midler's mouth and Cher's fashion sense...with her brazen style and dazzling wardrobe, who could resist this doll? - New York Times Book ReviewEvanovich's series of New Jersey comedy thrillers are among the great joys of contemporary crime fiction... All the easy class and wit that you expect to find in the best American TV comedy, but too rarely find in modern fiction. - GQ
JANET EVANOVICH is the No. 1 New York Times bestselling author of the Stephanie Plum novels including Look Alive Twenty-Five and Hardcore Twenty-Four the Knight and Moon novels including Dangerous Minds, co-written with Phoef Sutton; the Fox & O'Hare series - The Heist, The Chase, The Job, The Scam and The Pursuit - co-written with Lee Goldberg; the Lizzy and Diesel novels including most recently Wicked Charms, co-written with Phoef Sutton. She has won several major crime fiction awards including the CWA John Creasey Award, Dilys Award and Silver Dagger. Janet's website can be found at www.evanovich.com. She is on Twitter - @janetevanovich - and Facebook - /JanetEvanovich.
GOR011381214
9780755352753
0755352750
Finger Lickin' Fifteen: A fast-paced mystery full of hilarious catastrophes and romance by Janet Evanovich
Janet Evanovich
Used - Like New
Paperback
Headline Publishing Group
2010-06-10
384
N/A
Book picture is for illustrative purposes only, actual binding, cover or edition may vary.
The book has been read, but looks new. The book cover has no visible wear, and the dust jacket is included if applicable. No missing or damaged pages, no tears, possible very minimal creasing, no underlining or highlighting of text, and no writing in the margins
Trustpilot