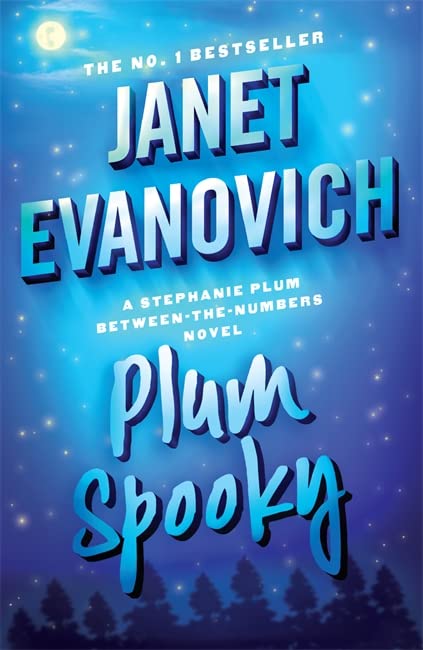 When bounty hunter Stephanie Plum meets the mysterious Diesel, sparks will fly. Plum Spooky by No. 1 bestselling author Janet Evanovich must not be missed by fans of Sue Grafton and Lee Child.

Raves for Evanovich's bestselling novels: 'Hot and sassy' (The Boston Herald); 'Pithy, witty and fast-paced' (The Sunday Times); 'Plum is not just a smart private eye but a heroine with a sense of humour' (Daily Mail).

Evanovich fans, rejoice! Stephanie Plum is in town, along with her sidekick Lula, her Grandma Mazur, and an ever-widening cast of freaks, criminals, deranged felons, and lunatics looking for love.

And just when Stephanie thinks her life can't get any more complicated, in walks the mysterious Diesel. A man who seems to show up at the most inconvenient moments. This time, he's the instigator for Stephanie's new adventure, which involves camping in the Pine Barrens with Lula, and perhaps even a sighting of the Jersey Devil...

So hang on for a Stephanie Plum novel that is sure to send chills up your spine - it gives new meaning to the words hilarious, and 'spooky.'

What readers are saying about Plum Spooky:

'Stephanie doing what she does best... getting herself into trouble and being amazed when it all blows up!'

JANET EVANOVICH is the No. 1 New York Times bestselling author of the Stephanie Plum novels including Look Alive Twenty-Five and Hardcore Twenty-Four the Knight and Moon novels including Dangerous Minds, co-written with Phoef Sutton; the Fox & O'Hare series - The Heist, The Chase, The Job, The Scam and The Pursuit - co-written with Lee Goldberg; the Lizzy and Diesel novels including most recently Wicked Charms, co-written with Phoef Sutton. She has won several major crime fiction awards including the CWA John Creasey Award, Dilys Award and Silver Dagger. Janet's website can be found at www.evanovich.com. She is on Twitter - @janetevanovich - and Facebook - /JanetEvanovich.
GOR010567969
9780755352722
0755352726
Plum Spooky: A laugh-out-loud Stephanie Plum adventure by Janet Evanovich
Janet Evanovich
Used - Like New
Paperback
Headline Publishing Group
2010-01-01
384
N/A
Book picture is for illustrative purposes only, actual binding, cover or edition may vary.
The book has been read, but looks new. The book cover has no visible wear, and the dust jacket is included if applicable. No missing or damaged pages, no tears, possible very minimal creasing, no underlining or highlighting of text, and no writing in the margins
Trustpilot