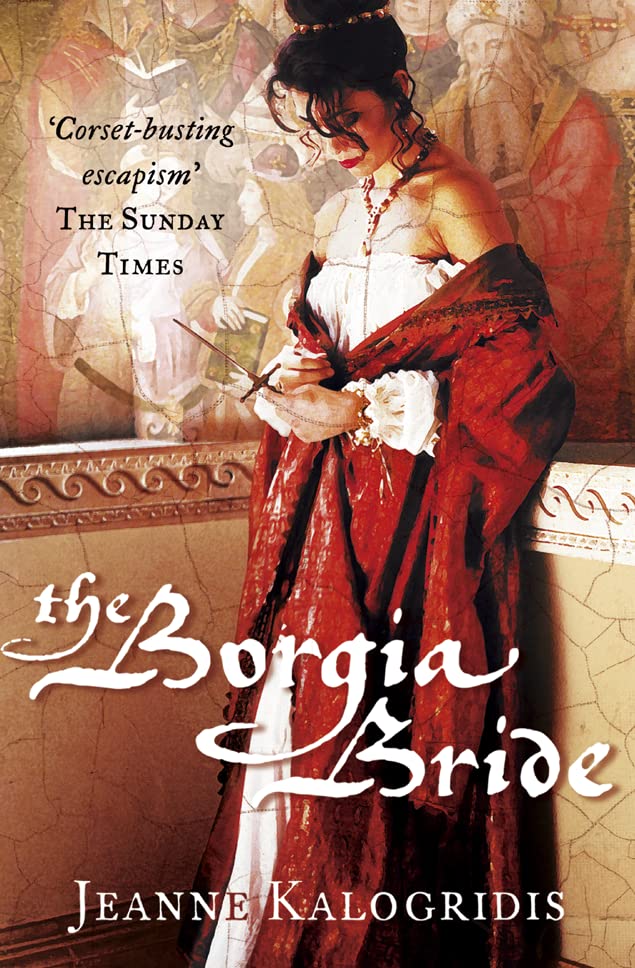 The Borgia Bride
by Jeanne Kalogridis

This sweeping historical novel tells the dramatic tale of that most intriguing of Renaissance women, Lucrezia Borgia.

The Borgia Bride by Jeanne Kalogridis

'This sweeping historical novel tells the dramatic tale of that most intriguing of Renaissance women', - Lucrezia Borgia. Incest. Poison. Betrayal. Three wedding presents for the Borgia bride! Italy 1492 Pope Alexander VI is elected. And so begins the Borgia reign of terror. Alexander murders, bribes and betrays to establish his dynasty. No one is immune. Rome is a hotbed of accusation and conspiracy. Every day, the River Tiber is full of new bodies. Sancha de Aragon, daughter of King Alfonso II of Naples, arrives in Rome newly wed to Alexander's youngest son, Jofre. Their marriage protects Naples against the ambitions of the French King Louis and gains Spanish support for the Borgias. But Rome is very different to her beloved Naples. The debauchery of the Borgia inner-circle is notorious: every lust is indulged and every indiscretion overlooked. Sancha is no innocent: she possesses an indomitable spirit which allows her to survive in the snake-pit, but her ancestors once rivalled the Borgias in cruelty and Sancha's greatest fear is that blood will out. Lucrezia Borgia's vicious jealously stings Sancha at first, but gradually the two young women develop a cautious friendship. Lucrezia, adored by her father but used ruthlessly as a political tool, seems deceptively innocent and sympathetic, and their bond strengthens when Lucrezia is married to Sancha's treasured brother, Alfonso. But when Sancha falls in love with Cesare Borgia, her husband's enigmatic older brother, she has no idea of how bizarre and internecine are the family's true ties. Alexander is rather more than an indulgent father; Lucrezia not the innocent she appears; and Cesare's ambition burns wildly. The only safe relationship with the Borgias is none at all: as Sancha, her brother and Naples are soon to discover!

'from sexual passion to mortal danger, the dramatic shift of real historical events will keep the reader turning the pages.'
Philippa Gregory

Jeanne Kalogridis was born in Florida in 1954. She earned a BA in Russian and an MA in Linguistics from the University of South Florida and went on to teach English as a Second Language at the American University in Washington, D.C. She now lives with her partner on teh West Coast of the US, sharing a house with two dogs and a bird. Her interests include yoga, Tibatan Buddhism, the occult, languages, art, and reading everything ever published.

GOR000740557
The Borgia Bride by Jeanne Kalogridis
Jeanne Kalogridis
Used - Very Good
Paperback
HarperCollins Publishers
2005-11-18
560
0007148836
9780007148837
N/A
Book picture is for illustrative purposes only, actual binding, cover or edition may vary.
This is a used book - there is no escaping the fact it has been read by someone else and it will show signs of wear and previous use. Overall we expect it to be in very good condition, but if you are not entirely satisfied please get in touch with us.