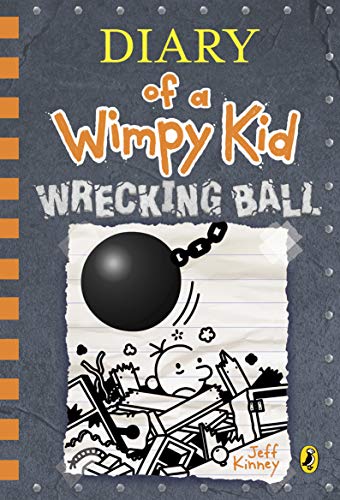 Big changes are in store for Greg Heffley and his family. They are making home improvements!

But with unwelcome critters, toxic mould and the walls coming down, soon Greg discovers renovations aren't all they are cracked up to be.

When the dust finally settles, will the Heffleys be able to stay . . . or will they need to get out of town?

ABOUT DIARY OF A WIMPY KID:

GOR010209487
Diary of a Wimpy Kid: Wrecking Ball (Book 14) by Jeff Kinney
Jeff Kinney
Used - Very Good
Hardback
Penguin Random House Children's UK
2019-11-05
224
0241396638
9780241396636
N/A
Book picture is for illustrative purposes only, actual binding, cover or edition may vary.
This is a used book - there is no escaping the fact it has been read by someone else and it will show signs of wear and previous use. Overall we expect it to be in very good condition, but if you are not entirely satisfied please get in touch with us.