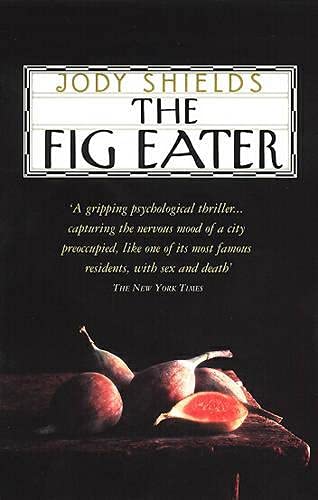 The Fig Eater
by Jody Shields

In Stock
£4.49
'He watches her eating one fig, then two more, grinding the seeds between her teeth, the sound echoing in her head, perhaps the last sound Dora heard before there was the thunder of blood in her ears...' Vienna, 1910.
Very Good
Only 2 left

The Fig Eater by Jody Shields

'He watches her eating one fig, then two more, grinding the seeds between her teeth, the sound echoing in her head, perhaps the last sound Dora heard before there was the thunder of blood in her ears...' Vienna, 1910. On a warm August night, the body of a young girl is discovered in the city's celebrated Volksgarten. She has been strangled. Using the latest forensic methods and psychological thinking, the Chief Inspector of Police begins his painstaking search for the killer. He is not alone, however. His wife Erszebet - an exotic, passionate woman steeped in the folk tales and Gypsy lore of her native Hungary - becomes obsessed with the dead girl. In secret, and enlisting the help of a young English governess, she conducts her own investigation of the murder, guided by intuition, instinct and superstition... With its beautifully-evoked setting of Vienna just prior to the Great War, a city embracing the modern and yet in thrall to superstition and prejudice, and riven by corruption, perverse sexual practices and disease, The Fig Eater is a rich and seductive period page-turner of a novel.

"'A gripping psychological thriller...capturing the nervous mood of a city preoccupied, like one of its most famous residents, with sex and death'" * The New York Times *
"'This is a captivating thriller that blooms into vivid life ... It's a novel written with immense skill, its sense of place and language constantly surprising and invigorating. A superb debut.'" * Daily Mail *
"'Highly unusual, eerie...a glorious maze of dead ends and false leads. Sometimes gruesome and highly mysterious, it is an exciting new brand of detective story'" * Spectator *
"'An artful and evocative thriller...rich in the texture of corruption' Independent" * Independent *
"'An intensely powerful sense of time and place in this atmospheric and accomplished period whodunit'" * Harpers & Queen *

A resident of New York, Jody Shields is the former Design Editor of the New York Times magazine and a former Contributing Editor of American Vogue and House and Garden. The author of two non-fiction books on fashion, she has also written several screenplays and is a collected artist. The Fig Eater is her first novel.

GOR002779294
The Fig Eater by Jody Shields
Jody Shields
Used - Very Good
Paperback
Transworld Publishers Ltd
2001-06-01
352
0552998656
9780552998659
N/A
Book picture is for illustrative purposes only, actual binding, cover or edition may vary.
This is a used book - there is no escaping the fact it has been read by someone else and it will show signs of wear and previous use. Overall we expect it to be in very good condition, but if you are not entirely satisfied please get in touch with us.