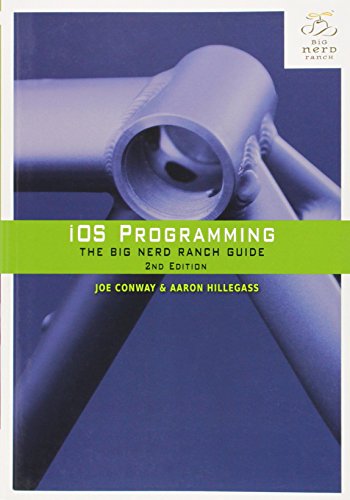 In this book, the world's leading Apple platform development trainers offer a complete, practical, hands-on introduction to iPhone and iPad programming. The authors walk through all the Apple tools and technologies needed to build successful iPhone/iPad/iPod touch apps, including the iOS 4.3 SDK, the Objective-C language, Xcode 4, Foundation framework, and the classes that make up the iOS UI framework. The many topics covered in this book include:

New chapters added to this edition include:

"Pick up this book and turn yourself into an iPhone developer."
- Dietrich Kappe, CTO Pathfinder Development

Aaron Hillegass, CEO of Big Nerd Ranch, has more than 18 years of experience as a software engineer and developer trainer. He wrote the Big Nerd Ranch course on Cocoa, drawing from his experiences working at Apple and NeXT as senior trainer and curriculum developer. He is the author of Cocoa Programming for Mac OS X (Addison-Wesley), the definitive guide to Cocoa programming.

GOR005029393
iOS Programming: The Big Nerd Ranch Guide by Joe Conway
Joe Conway
Used - Very Good
Paperback
Pearson Education (US)
2011-06-10
590
0321773772
9780321773777
N/A
Book picture is for illustrative purposes only, actual binding, cover or edition may vary.
This is a used book - there is no escaping the fact it has been read by someone else and it will show signs of wear and previous use. Overall we expect it to be in very good condition, but if you are not entirely satisfied please get in touch with us.