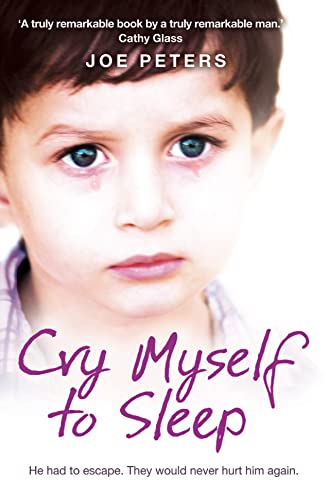 Cry Myself to Sleep by Joe Peters

Cry Myself to Sleep: He had to escape. They would never hurt him again. by Joe Peters

At sixteen, Joe finally found the courage to escape and headed for Charing Cross station with no money in his pocket, no friends and nowhere to turn to. But the nightmare was far from over.

Haunted by his harrowing past, Joe's life spiralled out of control. Living on the lonely streets of London, Joe turned down a dark path of crime and self-destruction and it seemed that he was bound for prison. Until the love of a good woman set him free...

This is the ultimate story of triumph over evil, of survival and redemption. Heartbreaking, but unbelievably inspiring, it is a testament to the unbreakable resilience of a little boy who grew up into a remarkable man. Now that he has found his voice again, Joe speaks out against child abuse and helps support and protect other children whose lives have been blighted by it.

Now thirty four years old, Jamie Phillips survived a horrific childhood to bring up five children of his own, some of whom had special needs. He has set up a service on the internet to help children like himself to find assistance and is a spokesman on behalf of all abused children, particularly those who fall into the hands of the organised criminals who create internet pornography.

GOR001236312
9780007275045
0007275048
Cry Myself to Sleep: He had to escape. They would never hurt him again. by Joe Peters
Joe Peters
Used - Very Good
Paperback
HarperCollins Publishers
2009-04-30
304
N/A
Book picture is for illustrative purposes only, actual binding, cover or edition may vary.
This is a used book - there is no escaping the fact it has been read by someone else and it will show signs of wear and previous use. Overall we expect it to be in very good condition, but if you are not entirely satisfied please get in touch with us
Trustpilot