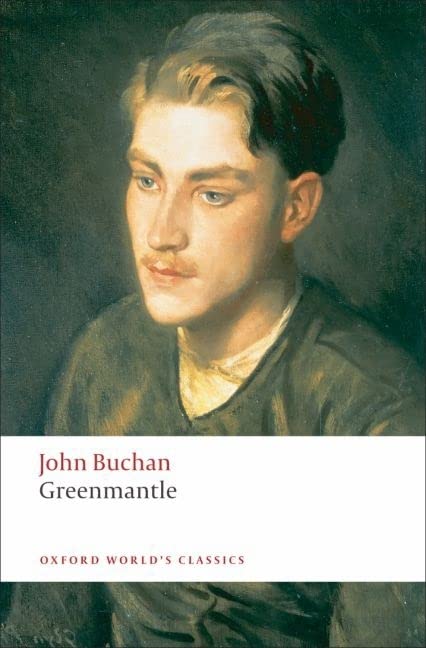 In Greenmantle (1916) Richard Hannay, hero of The Thirty-Nine Steps, travels across war-torn Europe in search of a German plot and an Islamic Messiah. He is joined by three more of Buchan's heroes: Peter Pienaar, the old Boer Scout; John S. Blenkiron, the American determined to fight the Kaiser; and Sandy Arbuthnot, Greenmantle himself, modelled on Lawrence of Arabia. The intrepid four move in disguise through Germany to Constantinople and the Russian border to face their enemies - the grotesque Stumm and the evil beauty of Hilda von Einem. In this classic espionage adventure Buchan shows his mastery of the thriller and the Stevensonian romance, and also his enormous knowledge of world politics before and during the First World War. This edition illuminates for the first time the many levels beneath the stirring plot and romantic characters. ABOUT THE SERIES: For over 100 years Oxford World's Classics has made available the widest range of literature from around the globe. Each affordable volume reflects Oxford's commitment to scholarship, providing the most accurate text plus a wealth of other valuable features, including expert introductions by leading authorities, helpful notes to clarify the text, up-to-date bibliographies for further study, and much more.

GOR001111836
Greenmantle by John Buchan
John Buchan
Oxford World's Classics
Used - Very Good
Paperback
Oxford University Press
2008-11-13
320
0199537852
9780199537853
N/A
Book picture is for illustrative purposes only, actual binding, cover or edition may vary.
This is a used book - there is no escaping the fact it has been read by someone else and it will show signs of wear and previous use. Overall we expect it to be in very good condition, but if you are not entirely satisfied please get in touch with us.