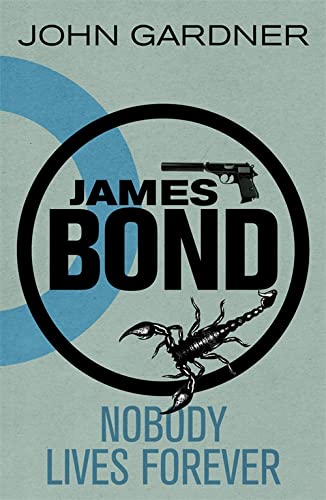 Nobody Lives For Ever
by John Gardner

Nobody Lives For Ever Summary

Nobody Lives For Ever by John Gardner

Official, original James Bond from a writer described by Len Deighton as a 'master storyteller'.

'Take care 007. Take special care. The continent's a hotbed of villainy these days and you can never be too careful.'

Bond was supposed to be on leave. But SPECTRE leader Tamil Rahani, dying from injuries suffered at Bond's hand, is determined to make it the holiday to die for. With a price on his head, Bond must evade the world's greatest assassins in a ruthless game of cat-and-mouse across Europe, while trying to save the lives of the two women who matter to him most, his housekeeper May and Miss Moneypenny. But Bond has been a target before. And when it comes to staying alive, nobody does it better than 007.

In Nobody Lives Forever, the fifth in Gardner's bestselling series, Fleming's superspy is at the top of his game.

Customer Reviews - Nobody Lives For Ever

After COLONEL SIN (1968) by Kingsley Amis, John Gardner was the next writer to be asked to write further adventures of James Bond. He wrote, like Fleming, fourteen Bond books, plus novelisations of the films GOLDENEYE and LICENCE TO KILL, from 1981 to 1996. Before becoming an author of fiction in the early 1960s John Gardner was variously a stage magician, a Royal Marine officer, a journalist and, for a short time, a priest in the Church of England. 'Probably the biggest mistake I ever made,' he says. 'I confused the desire to please my father with a vocation which I soon found I did not have.' In all, Gardner had fifty-five novels to his credit - many of them bestsellers. John Gardner died in 2007. For more information about John Gardner and his non-Bond works, visit his website.

GOR003905407
Nobody Lives For Ever by John Gardner
John Gardner
James Bond
Used - Very Good
Paperback
Orion Publishing Co
2012-05-10
192
1409135667
9781409135661
N/A
Book picture is for illustrative purposes only, actual binding, cover or edition may vary.
This is a used book - there is no escaping the fact it has been read by someone else and it will show signs of wear and previous use. Overall we expect it to be in very good condition, but if you are not entirely satisfied please get in touch with us.