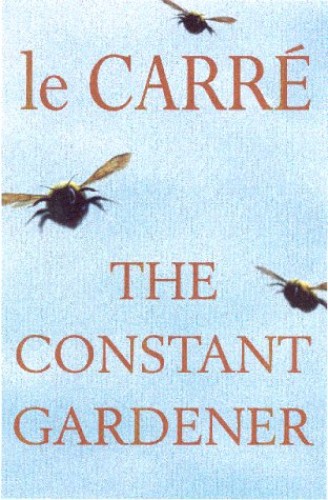 In Stock
£4.49
John le Carre's eighteenth novel is a towering achievement, taking its place effortlessly among the very best of his work
Like New Very Good Good
Only 4 left

Tessa Quayle has been horribly murdered on the shores of Lake Turkana in Northern Kenya, the birthplace of mankind. Her putative African lover, a doctor with one of the aid agencies, has disappeared.

Her husband, Justin, a career diplomat and amateur gardener at the British High Commission in Nairobi, sets out on a personal odyssey in pursuit of the killers and their motive. His quest takes him to the Foreign Office in London, across Europe and Canada and back to Africa, to the depths of South Sudan, and finally to the very spot where Tessa died.

On his way Justin meets terror, violence, laughter, conspiracy and knowledge. But his greatest discovery is the woman he barely had time to love.

Superlatives have already been attached to so much of le Carr 's work and they are totally apt for this 18th and brilliantly crafted novel. With the greatest finesse he sets the scene: The wife of a British embassy official in Nairobi is found murdered in the bush, stripped naked and with her throat cut. Her driver has been beheaded. Embassy staff launch a damage limitation exercise because she is, in media terms, the Princess Diana of the African poor but more murkily suspected of an affair with a well-regarded black doctor in the aid community. Worse yet, he is missing and appears to be the murderer. As scandal breaks, the complexities burgeon so that the whodunit at base level becomes a journey through - and damning indictment of - the multi-national pharmaceutical jungle and the toxicity in the corridors of power. Both plot and characters ring with the connoisseur's touch. When a detective asks a Foreign Office stalwart if the murdered woman was a nympho, this is how he prevaricates: "I'm afraid that question is a little above my pay grade."

John le Carre was born in 1931. His third novel, THE SPY WHO CAME IN FROM THE COLD, secured him a wide reputation, which was consolidated by the acclaim for his trilogy, TINKER TAILOR SOLDIER SPY, THE HONOURABLE SCHOOLBOY and SMILEY'S PEOPLE. His recent novels include his most autobiographical work, A PERFECT SPY, THE TAILOR OF PANAMA and SINGLE & SINGLE. THE CONSTANT GARDENER is his eighteenth novel

GOR010468803
The Constant Gardener by John Le Carre
John Le Carre
Used - Like New
Hardback
Hodder & Stoughton General Division
2001-01-04
512
0340733373
9780340733370
Winner of British Book Awards: Film & TV Book Award 2006
Book picture is for illustrative purposes only, actual binding, cover or edition may vary.
The book has been read, but looks new. The book cover has no visible wear, and the dust jacket is included if applicable. No missing or damaged pages, no tears, possible very minimal creasing, no underlining or highlighting of text, and no writing in the margins.