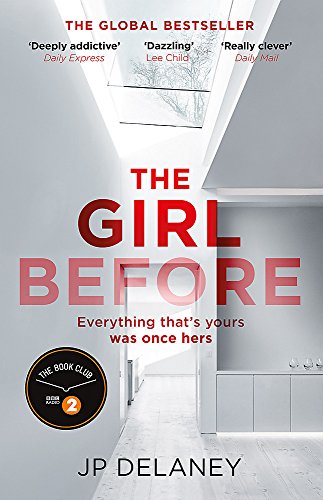 Enter the world of One Folgate Street and discover perfection . . . but can you pay the price?
For all fans of The Girl on the Train and Gone Girl comes this spellbinding Hitchcockian thriller which takes psychological suspense to the next level

All JP Delaney fans can now also look forward to the imminent release of Believe Me - another classic from the master of psychological suspense.

GOR008217640
The Girl Before by JP Delaney
JP Delaney
Used - Very Good
Paperback
Quercus Publishing
2017-01-24
416
178648028X
9781786480286
N/A
Book picture is for illustrative purposes only, actual binding, cover or edition may vary.
This is a used book - there is no escaping the fact it has been read by someone else and it will show signs of wear and previous use. Overall we expect it to be in very good condition, but if you are not entirely satisfied please get in touch with us.