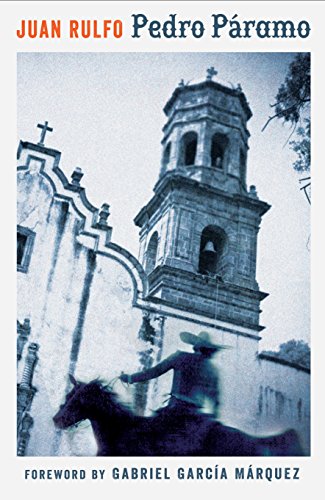 Swearing to his dying mother that he'll find the father he has never met, a certain Pedro Paramo, Juan Preciado sets out across the barren plains of Mexico for Comala, the hallucinatory ghost town his father presided over like a feudal lord. Between the realms of the living and the dead, in fragments of dreams and the nightly whispers of Comala's ghosts, there emerges the tragic tale of Pedro Paramo and the town whose every corner holds the taint of his rotten soul.

The essential Mexican novel, unsurpassed and unsurpassable ... extraordinary -- Carlos Fuentes
A simplicity and profundity worthy of Greek tragedy ... Wuthering Heights located in Mexico and written by Kafka * Guardian *
That night I didn't sleep until I'd read it twice; not since I had read Kafka's Metamorphosis in a dingy boarding house in Bogota, almost ten years earlier, had I felt so thunderstruck -- Gabriel Garcia Marquez
Pedro Paramo is not only one of the masterpieces of twentieth-century world literature but one of the most influential of the century's books -- Susan Sontag

Juan Rulfo was born in Jalisco in Mexico in 1918 and died in 1986. He is the author of The Burning Plain, a collection of short stories. Pedro Paramo is his only novel. An anthropologist by profession, Rulfo is the great voice of the peasant condition.

GOR006014361
Pedro Paramo by Juan Rulfo
Juan Rulfo
Serpent's Tail Classics
Used - Very Good
Paperback
Profile Books Ltd
2014-07-17
160
1781253161
9781781253168
N/A
Book picture is for illustrative purposes only, actual binding, cover or edition may vary.
This is a used book - there is no escaping the fact it has been read by someone else and it will show signs of wear and previous use. Overall we expect it to be in very good condition, but if you are not entirely satisfied please get in touch with us.