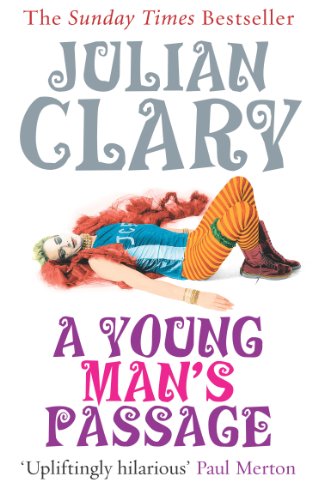 In Stock
£3.99
This is Julian Clary's story, in his own words - the tale of an awkward schoolboy who became a huge worldwide success on stage and screen. He had just one true friend and ally, Nick - to his other school peers, Julian's aloof demeanour made him an enigma or simply a figure of ridicule.
Very Good
7 in stock

This is Julian Clary's story, in his own words - the tale of an awkward schoolboy who became a huge worldwide success on stage and screen. After a sheltered suburban upbringing, Julian was sent to St Benedict's, where beatings from 'holy' men gave him some brutal life lessons, and other 'unholy' boys his first awakenings of sexuality. He had just one true friend and ally, Nick - to his other school peers, Julian's aloof demeanour made him an enigma or simply a figure of ridicule. In school he was just another pained adolescent, but inside Julian was a new Jean Genet or Quentin Crisp bursting to get out. Leaving St Benedict's thankfully behind him, Julian went on to college where he found his true vocation as an entertainer with a peculiar comic brand of smut and glamour. At the same time, he was finding as much sex as he could, sometimes with remarkably less-than-glamorous characters. Periods in community theatre and the singing telegram industry followed before Julian hit the big time with cabaret co-star Fanny the Wonder Dog as The Joan Collins Fan Club. Soon, the world was his oyster. But fame came at a price, as Julian struggled not only with the reality of being a high-profile gay man in the 1980s but also the pain of losing his lover to terminal illness. Far more than just another celebrity autobiography or 'funny book', this is a touching, beautifully written and wryly witty account of a unique progression from shy child to comedy icon.

"An amazing story ... a human testament worthy of a hundred of the more luvvy memoirs spouting self-congratulation" -- Andrew O'Hagan * Telegraph *
"A wryly engaging romp" * The Sunday Times *
"A witty, charming autobiography" * Heat *
"This is a beautifully honest and sensitive account of a life and career stuffed full of surprising detail. I, for one, never knew Julian was gay" -- Paul Merton
"Brilliant" -- Jimmy Carr

Conceived in broad daylight in Clacton-on-Sea in the summer of 1958, Julian was born the following May to Peter Clary, a policeman, and Brenda. He lived in Surbiton with his parents and two older sisters, looking after guinea pigs and never even going to a single disco, until he left for Goldsmith's College at 18 to study Drama. From this epoch, the real Julian Clary catapulted himself to stardom. A veteran of the Edinburgh Festival and Royal Variety Show with countless other stage and screen credits, Julian recently reached the latter stages of the BBC's celebrity ballroom dancing contest, Strictly Come Dancing, and is now the face of BBC One's primetime National Lottery show, Come and Have A Go. He lives in Camden Town with a cat called Gloria and a little mongrel called Valerie.

GOR000961010
A Young Man's Passage by Julian Clary
Julian Clary
Used - Very Good
Paperback
Ebury Publishing
2006-06-01
336
0091908728
9780091908720
N/A
Book picture is for illustrative purposes only, actual binding, cover or edition may vary.
This is a used book - there is no escaping the fact it has been read by someone else and it will show signs of wear and previous use. Overall we expect it to be in very good condition, but if you are not entirely satisfied please get in touch with us.