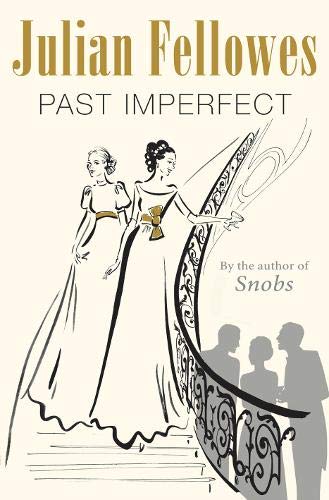 Past Imperfect
by Julian Fellowes

In Stock
£4.49
Sunday Times bestselling author of SNOBS and Oscar winning writer of the screenplay for GOSFORD PARK returns with a thrilling new novel
Very Good
5 in stock

Past Imperfect by Julian Fellowes

Damian Baxter is hugely wealthy and dying. He lives alone in a big house in Surrey, looked after by a chauffeur, butler, cook and housemaid. He has but one concern - his fortune in excess of GBP500 million and who should inherit it on his death.

PAST IMPERFECT is the story of a quest. Damian Baxter wishes to know if he has a living heir. By the time he married in his late thirties he was sterile (the result of adult mumps), but what about before that unfortunate illness? He was not a virgin. Had he sired a child? A letter from a girlfriend from these times suggests he did. But the letter is anonymous.

Damian contacts someone he knew from their days at university. He gives him a list of girls he slept with and sets him a task: find his heir!

A gloriously funny, bumpy ride through modern times. -- Andrew Barrow * THE EVENING STANDARD *
he knows too, how to create memorable characters. Working with an upper-class cast Fellowes populates PAST IMPERFECT with a gallery of sometimes grotesque but mostly affetionately drawn toffs - acidly observed by the narrator, ever peevish, ever diverting. -- Peter Burton * THE DAILY EXPRESS *
PAST IMPERFECT is both a historical document for that vanished era and a comedy of manners....... sharply perceptive and required reading for anyone who was there. -- Claire Colvin * THE DAILY MAIL *
Its plot cannot fail to grip the reader...... what elevates this novel to much more than a comedy of manners is the depth of compassion the author displays for his characters. -- Elisa Segrave * THE SPECTATOR *
An elegant satire, it offers an entertaining commentary on our times and a heartfelt lament for a kinder, more courteous Britain -- Sebastian Shakespeare * TATLER *
A witty take on the world as it was and is now' * WOMAN AND HOME *
It is amusingly written, ends neatly, quietly subverts the surface stereotyping of its characters, and will have a certain kind of social historian swooning with pleasure. -- DJ Taylor * THE GUARDIAN *
Very entertaining - think a more self-aware and sophisticated Jilly Cooper..... the result is that rare thing - an intelligent and insightful blockbuster. * GLOSS MAGAZINE *
An elegy for a long-lost class ill-equipped to deal with its inevitable demise. -- Clare Allfree * METRO *
A funny poignant story from the actor and Oscar-winning writer of Gosford Park * BELLA MAGAZINE *
Elegantly written, it says much about the times that we've lived through. * CHOICE MAGAZINE *
A witty page-turner for those who love reading about the toffs antics of yesteryear. * EASY LIVING *
compelling -- Jane Shilling * THE TIMES *
Elegantly written, intelligent, thoughtful and witty * THE GLASGOW EVENING TIMES *
'A sometimes poignant, sometimes rueful elegy to the era when AA men saluted you' -- Lizy Buchan * SUNDAY TIMES *

Julian Fellowes, actor, writer, director, producer, was educated at Ampleforth, Magdalene College, Cambridge and Webber Douglas Academy of Dramatic Art. He trained in repertory theatre at Northampton and Harrogate. As creator, sole writer and executive producer of the hit television series Downton Abbey, Fellowes has won three Emmy awards and a Golden Globe. Fellowes received the Academy Award for Best Original Screenplay for Gosford Park (2002). His work was also honoured by the Writer's Guild of America, the New York Film Critics' Circle and the National Society of Film Critics for Best Screenplay. Other writing credits for film include Piccadilly Jim (2004), Vanity Fair (2004), Young Victoria (2009), The Tourist (2010), Romeo & Juliet (2013), and the three-part drama Doctor Thorne for ITV. Fellowes also wrote and directed the award-winning films Separate Lies and From Time to Time. Fellowes wrote the books for the Tony-nominated stage production of Mary Poppins and for School of Rock: The Musical which opened on Broadway in December 2015, and was written and produced by Andrew Lloyd Webber. Fellowes has authored two novels: the international bestsellers Snobs (2005) and Past Imperfect (2008). Julian Fellowes became a life peer in 2011. He lives in Dorset and London with his wife, Emma.

GOR001069245
Past Imperfect by Julian Fellowes
Julian Fellowes
Used - Very Good
Hardback
Orion Publishing Co
2008-10-30
416
0297855220
9780297855224
N/A
Book picture is for illustrative purposes only, actual binding, cover or edition may vary.
This is a used book - there is no escaping the fact it has been read by someone else and it will show signs of wear and previous use. Overall we expect it to be in very good condition, but if you are not entirely satisfied please get in touch with us.