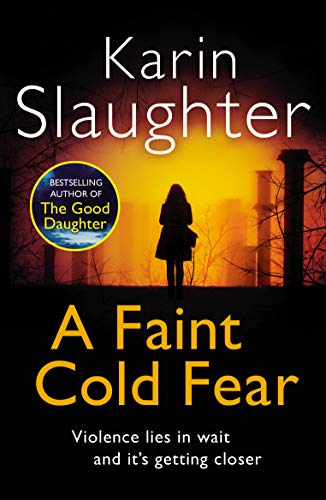 In Stock
£4.49
When two more suspicious deaths follow and a young woman is brutally attacked, it becomes clear that she's looking for a murderer.Praise for Karin Slaughter'A great read ... crime fiction at its finest' Michael Connelly'Don't read this alone. Don't read this after dark. But do read it' Daily Mirror'Fast-paced and unsettling ...
Very Good Good Well Read
7 in stock

A suicide on a college campus. A tragic case with a simple resolution. But for medical examiner Sara Linton, it just doesn't add up. When two more suspicious deaths follow and a young woman is brutally attacked, it becomes clear that she's looking for a murderer. The college authorities are reluctant to cooperate and Sara isn't any closer to finding the answers she needs. With the violence triggering memories of a past she'd rather forget and the clues pointing ever closer to home, can she uncover the truth in time to save the next victim? Praise for Karin Slaughter 'A great read ... crime fiction at its finest' Michael Connelly 'Don't read this alone. Don't read this after dark. But do read it' Daily Mirror 'Fast-paced and unsettling ... A compelling and fluid read' Daily Telegraph

"An impressive new landmark on the thriller map."--Val McDermid
"Hard to imagine that such a quiet shy girl as Slaughter harbors so fiendish a heart. In Kisscut, Georgia pediatrician Sara Linton and her ex, police chief Jeffrey Tolliver, are caught up in an evil web along with Detective Lena Adams. It begins with a young girl who commits suicide by forcing Jeffrey to shoot her down. Horrified, he's desperate to determine why. Sara, not just the dead Jenny's doctor but also the town's coroner, does the autopsy and makes a horrible discovery: Jenny had been rudely castrated. Lena, wrestling with her own dark demons, joins in an investigation worthy of Andrew Vachs. Man, Kisscut is a killer book, savage but exciting, a strong follow-up to Slaughter's debut in Blindsighted."--Barbara Peters, The Poisoned Pen Bookstore
"Slaughter spares no details...engrossing."--The Mirror (London)
"An engrossing work, with a well-drawn cast of characters and a nicely tuned plot"--Irish Times
"A fast-paced thriller for those not faint of heart."--Library Journal
"Few young writers show more promise than the thirty-year-old Slaughter. She writes...with skill, anger, sensitivity, and compassion."--Atlanta Journal-Constitution
"Combines the best elements of a noir thriller and the Southern Gothic tradition complete with a brooding atmosphere."--Fort Lauderdale Sun-Sentinel
"This is one of those rare books that keeps delivering surprises right up to the very last page."--San Francisco Chronicle
"Engrossing... [with] meticulous characterizations."--People

GOR003572699
A Faint Cold Fear: (Grant County series 3) by Karin Slaughter
Karin Slaughter
Grant County
Used - Very Good
Paperback
Cornerstone
2011-06-23
480
0099553074
9780099553076
N/A
Book picture is for illustrative purposes only, actual binding, cover or edition may vary.
This is a used book - there is no escaping the fact it has been read by someone else and it will show signs of wear and previous use. Overall we expect it to be in very good condition, but if you are not entirely satisfied please get in touch with us.