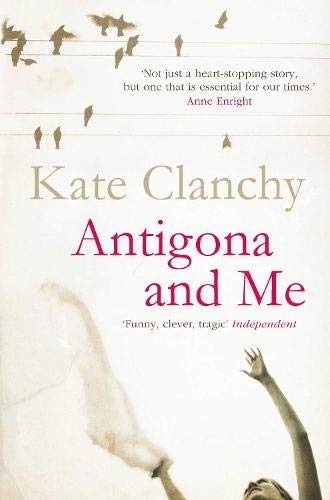 Antigona and Me
by Kate Clanchy

In Stock
£6.99
An unconventional memoir of a friendship
Very Good Good Well Read
8 in stock

Antigona and Me Summary

Antigona and Me by Kate Clanchy

`Antigona,' I said. `How would you feel if I wrote your life down in a book?'

`Good,' she said at once. `Good. And then a feature film, actually. Mini-series.'

One morning in London, two neighbours start to chat over the heads of their children. Kate Clanchy is a writer, privileged and sheltered, Antigona is a refugee from Kosovo. On instinct, Kate offers Antigona a job as a nanny, and Antigona, equally shrewdly, accepts. Over the next five years and a thousand cups of coffee Antigona's extraordinary story slowly emerges. She has escaped from a war, she has divorced a violent husband, but can she escape the harsh code she was brought up with, the Kanun of Lek? At the kitchen table where anything can be said, the women discover they have everything, as well as nothing, in common.

`Clanchy's portrait of Antigona is wonderfully vivid, as are her reflections on her own complex feelings. A powerfully written, refreshingly honest work.' Observer

Kate Clanchy was born and grew up in Scotland but now lives in England. She is a popular poet: her collections, Slattern, Samarkand and Newborn have brought her many literary awards and an unusually wide audience. She has also written extensively for Radio 4 and reviews and writes comment for the Guardian.

GOR001160657
Antigona and Me by Kate Clanchy
Kate Clanchy
Used - Very Good
Paperback
Pan Macmillan
2009-09-18
288
0330449338
9780330449335
N/A
Book picture is for illustrative purposes only, actual binding, cover or edition may vary.
This is a used book - there is no escaping the fact it has been read by someone else and it will show signs of wear and previous use. Overall we expect it to be in very good condition, but if you are not entirely satisfied please get in touch with us.