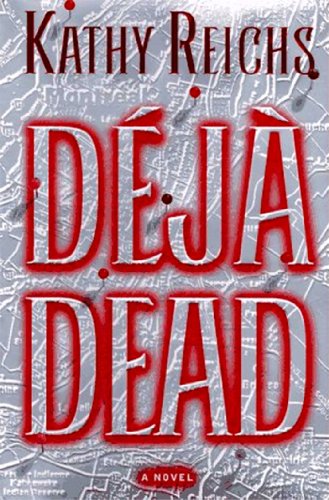 In Stock
£9.99
When the bones of a woman are discovered in the grounds of an abandoned monastery, Dr Temperance Brennan of the Laboratoire de Medecine Legale in Montreal is convinced that a serial killer is at work. The detective in charge of the case disagrees with her, but he is forced to revise his opinion.
Very Good
Only 2 left

Kathy Reichs blasts into Patricia Cornwell territory -- and onto the "New York Times" bestseller list -- with this critically acclaimed debut novel inspired by Reichs' own career. Dr. Temperance Brennan, the wry, impassioned director of forensic anthropology for the province of Quebec, is driven to unravel shocking acts of violence by reading the bones of the dead.
In the year since Tempe left behind a shaky marriage in North Carolina, work has often preempted her weekend plans to explore Quebec. But when an unidentified female corpse is discovered meticulously dismembered and stashed in garbage bags, Tempe detects an alarming pattern within the grisly handiwork -- and her professional detachment gives way to a harrowing search for a killer in the city's winding streets. With little help from the police, Tempe calls on her expertise, honed in the isolated intensity of the autopsy suite, to investigate on her own. But her determined chase is about to place those closest to her -- her best friend and her daughter -- in mortal danger....

Barry Fisher Crime Lab Director, Los Angeles County Sheriff's Department [Reichs] combines that intimate understanding of forensic science and death investigation with that unique ability to weave a story which will keep you in a white-knuckled state of terror.

Kathy Reichs's first novel Deja Dead was a #1 New York Times bestseller and won the 1997 Ellis Award for Best First Novel. A Conspiracy of Bones is Kathy's nineteenth entry in her series featuring forensic anthropologist Temperance Brennan. Kathy was also a producer of the hit Fox TV series, Bones, which is based on her work and her novels. Dr. Reichs is one of very few forensic anthropologists certified by the American Board of Forensic Anthropology. She served on the Board of Directors and as Vice President of both the American Academy of Forensic Sciences and the American Board of Forensic Anthropology, and as a member of the National Police Services Advisory Council in Canada. She divides her time between Charlotte, North Carolina, and Montreal, Quebec. Visit Kathy at KathyReichs.com.

GOR001419335
Deja Dead by Kathy Reichs
Kathy Reichs
Used - Very Good
Hardback
Simon & Schuster Ltd
1997-09-29
411
0684841177
9780684841175
N/A
Book picture is for illustrative purposes only, actual binding, cover or edition may vary.
This is a used book - there is no escaping the fact it has been read by someone else and it will show signs of wear and previous use. Overall we expect it to be in very good condition, but if you are not entirely satisfied please get in touch with us.