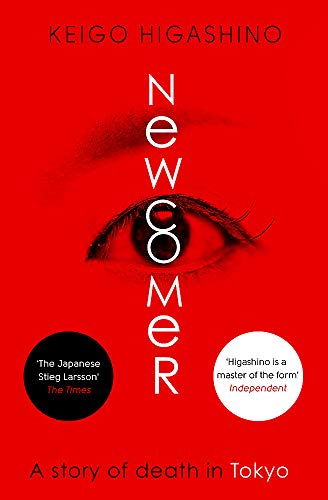 From the international bestseller Keigo Higashino, author of The Devotion of Suspect X, comes one of his finest works of crime fiction yet.

Detective Kyoichiro Kaga of the Tokyo Police Department has just been transferred to a new precinct in the Nihonbashi area of Tokyo. Newly arrived, but with a great deal of experience, Kaga is promptly assigned to the team investigating the murder of a woman. But the more he investigates, the greater number of potential suspects emerges. It isn't long before it seems nearly all the people living and working in the business district of Nihonbashi have a motive for murder. To prevent the murderer from eluding justice, Kaga must unravel all the secrets surrounding a complicated life. Buried somewhere in the woman's past, in her family history, and the last few days of her life is the clue that will lead to the murderer.

This is the second appearance in English of Police detective Kyochiro Kaga, the protagonist of the critically acclaimed Malice.

Detective Kaga has something of Columbo about him, zeroing in on the awkward inconsistency with seemingly artless accuracy. In a series of chapters that could almost be short stories, Kaga pursues the case of a murdered woman from suspect to suspect, through a nostalgia-tinged Tokyo of family-run shops and Ginza bar girls. Clever and charming * Sunday Times (Crime Club Star Pick) *
An intriguing mashup of police procedural and golden age puzzle mystery. When fortysomething divorcee Mineko Mitsui is discovered strangled at her home, Detective Kyoichiro Kaga [...] begins tracing items found in the dead woman's flat to shops in the neighbourhood, using a mixture of Sherlockian deduction and legwork to lead him to the killer. What initially appears to be a chain of short stories coalesces into an investigation, as Kaga, in a delightfully low-key style, painstakingly builds up a picture of the dead woman's past and the events of the last days of her life * Guardian *
This charming, gentle mystery, with its dogged, insightful investigator whose unorthodox approach spreads calm rather than confusion, is a thing of joy * Irish Independent *
Higashino is the ideal choice for anyone who fancies an elegantly written traditional murder mystery in a fresh and fascinating setting * Morning Star *
Kyoichiro Kaga joins an illustrious list of much-loved fictional detectives . . . The plot [of Newcomer] is as intricate and delicately poised as an antique three-sided clock Kaga encounters during his investigations. A charming, evocative and rewarding read * Western Gazette *
For those who like their crime fiction layered with riddles within enigmas, [Keigo Higashino] is a master * Irish News *
A unique take on the genre . . . mesmerising . . . this is a different kind of mystery novel. A delight to read * Spectator *
One new mystery that stands out this year is Newcomer . . . its plotting is so unusual: a criminal investigation conducted through a series of tangential vignettes, each one connected by a wonderful sense of small-scale humanity -- Jeff Noon * Spectator (Books of the Year) *
Keigo Higashino is the single bestselling, best-known novelist in Japan and around Asia, with numerous television and film adaptations of his work appearing in several languages. He's the author of The Devotion of Suspect X, which was the finalist for the Edgar Award for best novel, and Malice, among many others. He lives in Tokyo, Japan.
GOR009533346
9781408711828
1408711826
Newcomer by Keigo Higashino
Keigo Higashino
Used - Very Good
Paperback
Little, Brown Book Group
2018-11-20
352
Short-listed for CWA International Dagger Award 2019 (UK)
Book picture is for illustrative purposes only, actual binding, cover or edition may vary.
This is a used book - there is no escaping the fact it has been read by someone else and it will show signs of wear and previous use. Overall we expect it to be in very good condition, but if you are not entirely satisfied please get in touch with us
Trustpilot