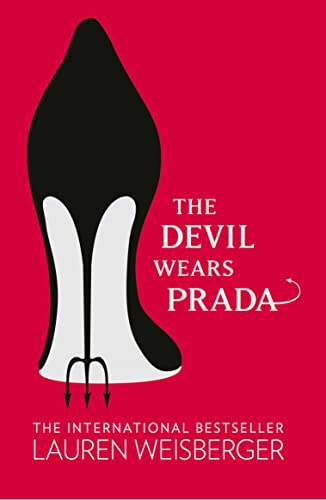 The classic bestseller - over a million copies sold worldwide

The classic bestseller - over a million copies sold worldwide

High fashion, low cunning - and the boss from hell

When Andrea first sets foot in the plush Manhattan offices of Runway she knows nothing. She's never heard of the world's most fashionable magazine, or its feared and fawned-over editor, Miranda Priestly - her new boss.

A year later, she knows altogether too much:

That it's a sacking offence to wear anything lower than a three-inch heel to work.

That you can charge cars, manicures, anything at all to the Runway account, but you must never, ever, leave your desk, or let Miranda's coffee get cold.

And that at 3 a.m. on a Sunday, when your boyfriend's dumping you because you're always at work, if Miranda phones, you jump.

But this is Andrea's big break - it's going to be worth it in the end.

PRAISE FOR THE DEVIL WEARS PRADA:

`Sassy, insightful and sooo Sex and The City, you'll be rushing to the bookshop for your copy like it's a half price Prada sale.' COMPANY

`The most fun we've had in ages.' HEAT

`Delicious...a great insight into the world of magazines and fashion.' RED

Lauren Weisberger is the author of The Devil Wears Prada, which spent more than a year on the New York Times hardcover and paperback bestseller lists, and became a huge success as a film. Her other novels have also been bestsellers. She lives in Connecticut with her family.

GOR000410001
The Devil Wears Prada: Loved the movie? Read the book! (The Devil Wears Prada Series, Book 1) by Lauren Weisberger
Lauren Weisberger
The Devil Wears Prada Series
Used - Very Good
Paperback
HarperCollins Publishers
2003-06-28
416
0007156103
9780007156108
Winner of British Book Awards: TV & Film Book of the Year 2007
Book picture is for illustrative purposes only, actual binding, cover or edition may vary.
This is a used book - there is no escaping the fact it has been read by someone else and it will show signs of wear and previous use. Overall we expect it to be in very good condition, but if you are not entirely satisfied please get in touch with us.