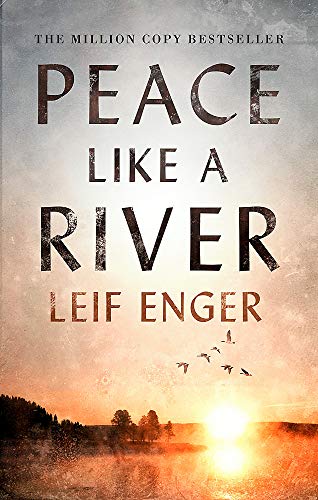 When Israel Finch and Tommy Basca, the town bullies, break into the home of school caretaker Jeremiah Land, wielding a baseball bat and looking for trouble, they find more of it than even they expected. For seventeen-year-old Davey is sitting up in bed waiting for them with a Winchester rifle. His younger brother Reuben has seen their father perform miracles, but Jeremiah now seems as powerless to prevent Davey from being arrested for manslaughter, as he has always been to ease Reuben's daily spungy struggle to breathe. Nor does brave and brilliant nine-year-old Swede, obsessed as she is with the legends of the wild west, have the strength to spring Davey from jail. Yet Davey does manage to break out. He steals a horse, and disappears. His family feels his absence so sorely, the three of them just pile into their old Plymouth, towing a brand new 1963 Airstream trailer, and set out on a quest to find him. And they follow the outlaw west, right into the cold, wild and empty Dakota Badlands.

Set in the 1960s on the edge of the Great Plains, PEACE LIKE A RIVER is that rare thing, a contemporary novel with an epic dimension. Told in the touching voice of an asthmatic eleven-year-old boy, it revels in the legends of the West, resonates with a soul-expanding sense of place, and vibrates with the possibility of magic in the everyday world. Above all, it shows how family, love, and faith can stand up to the most terrifying of enemies, the most tragic of fates.

You don't see novels like this one very often. Peace Like a River reminds a reader of Kent Haruf's Plainsong or even Norman MacLean's A River Runs Through It. It's got that pure American loss of innocence theme, that belief in and fascination with miracles, that insistence on the goodness of men outside of the law. * Los Angeles Times Book Review *

Leif Enger was raised in Osakis, Minnesota, and worked as a reporter and producer for Minnesota Public Radio before writing his bestselling debut novel Peace Like a River, which won the Independent Publisher Book Award and was one of the Los Angeles Times and Time Magazine's Best Books of the Year. His second novel, So Brave, Young, and Handsome, was also a national bestseller, No. 8 on Amazon's Top 100 Editors' Picks and a Midwest Booksellers' Choice Award Honor Book for Fiction. He and his wife Robin live in Minnesota.

GOR009563729
Peace Like a River by Leif Enger
Leif Enger
Used - Very Good
Paperback
Little, Brown Book Group
2018-10-04
352
1472154509
9781472154507
N/A
Book picture is for illustrative purposes only, actual binding, cover or edition may vary.
This is a used book - there is no escaping the fact it has been read by someone else and it will show signs of wear and previous use. Overall we expect it to be in very good condition, but if you are not entirely satisfied please get in touch with us.