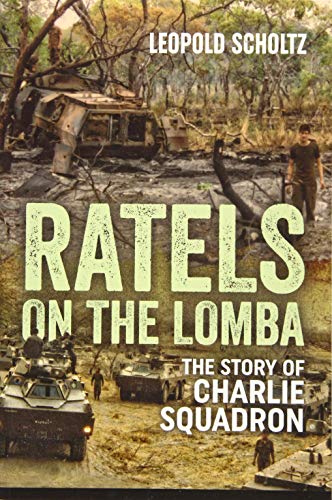 Ratels on the Lomba
by Leopold Scholtz

Out of Stock
£19.89
A dramatic recreation of the fighting that took place on the Lomba River in Southern Angola during Operation 'Moduler' in 1987.
New£19.89
Only 0 left

Ratels on the Lomba Summary

Ratels on the Lomba: The Story of Charlie Squadron by Leopold Scholtz

Charlie Squadron - the iron fist of the South African Defense Force's 61 Mechanised Battalion Group - led the way on 3 October 1987 during the climactic battle on the Lomba River in Southern Angola. Not only were they up against a vastly superior force in terms of numbers and weaponry, but they also had to deal with a terrain so dense that both their movement and sight were severely impaired. Despite this, the squadron nearly wiped out the Angolan forces' 47 Brigade. In Battle on the Lomba, the reader is taken to the heart of the action in a dramatic recreation based on interviews, diary entries and Facebook contributions by members of Charlie Squadron. It is an intensely human story of how individuals react in the face of death.

Ratels on the Lomba Reviews

The story of Charlie Squadron is something someone might one day have drawn a picture story about for one of the many war comics that proliferated in the 1970s/1980s. A fantastic account of a climactic battle. * Books Monthly *
This book is a must read for anyone interested in modern armoured warfare and anyone who is mechanised infantry (if we ever get a wheeled IFV). And for all other commanders looking into expeditionary operations where we don't hold the upper hand in technology,firepower and air power...Excellent book,easy to read,couldn't put it down. 5 stars. * Army Rumour Service *
This book is extremely well written and accessible. * Miniature Wargames - Paul Jackson *

Dr Leopold Scholtz is a senior journalist, political commentator and a highly regarded military expert. He was deputy editor of Die Burger until 2007 and is currently the European correspondent for Media24's Afrikaans dailies. Scholtz obtained his doctor's degree from the University of Leiden and is currently a research fellow at the University of Stellenbosch. He has written four books and over 40 academic articles, most of which are about military history. He was a captain in the Reserve Force of the South African Army until recently. His books include "Beroemde Suid-Afrikaanse Krygsmanne", "Generaal Christiaan de Wet as Veldheer" and "Waarom die Boere die oorlog verloor het".