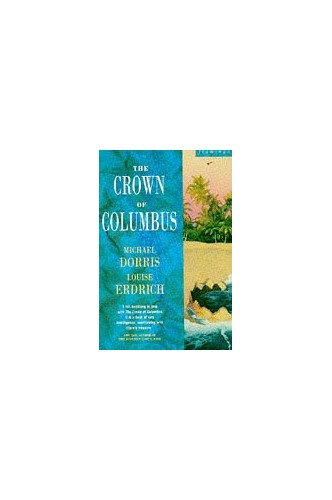 The Crown of Columbus
by Louise Erdrich

The Crown of Columbus Summary

The Crown of Columbus by Louise Erdrich

Charlie Trumper's earliest memory is of hearing his grandfather's sales patter from behind his costermonger's barrow. When Grandpa Charlie dies, young Charlie wants nothing more than to follow in his footsteps - his burning ambition is to own a shop that will sell everything: 'The Biggest Barrow in the World'.

Charlie's progress from the teeming streets of Whitechapel to the elegance of Chelsea Terrace is only a few miles 'as the crow flies'. But in Jeffrey Archer's expert hands it becomes an epic journey through the triumphs and disasters of the century, as Charlie follows a thread of love, ambition and revenge to fulfil the dream his grandfather inspired.

The Crown of Columbus Reviews

GOR004667934
The Crown of Columbus by Louise Erdrich
Louise Erdrich
Used - Very Good
Paperback
HarperCollins Publishers
1992-08-20
384
0006544762
9780006544760
N/A
Book picture is for illustrative purposes only, actual binding, cover or edition may vary.
This is a used book - there is no escaping the fact it has been read by someone else and it will show signs of wear and previous use. Overall we expect it to be in very good condition, but if you are not entirely satisfied please get in touch with us.