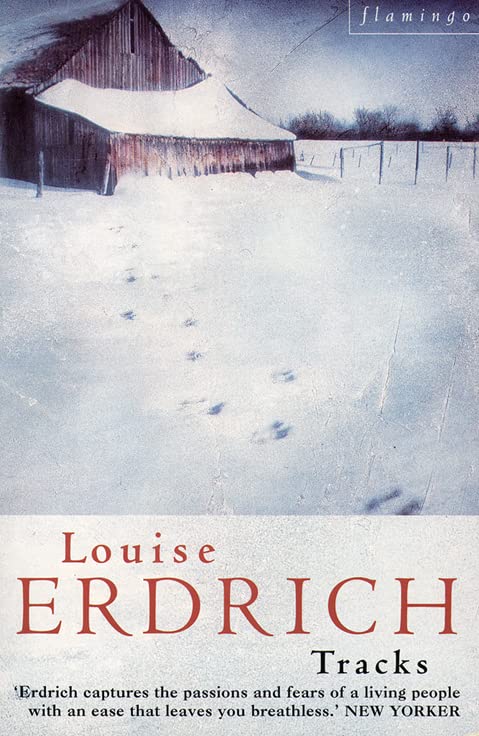 A New York Times Bestseller, `Tracks' is a masterpiece from Louise Erdrich, winner of the National Book Award for Fiction 2012 - a story for our times, narrated by a uniquely twentieth century figure.

A New York Times Bestseller, `Tracks' is a masterpiece from Louise Erdrich, winner of the National Book Award for Fiction 2012 - a story for our times, narrated by a uniquely twentieth century figure.

By turns reticent, garrulous, spiritual and profane, Nanapush, like the Native American culture he belongs to, is a living contradiction - alien, beguiling, strong and dying...

Set in North Dakota, at a time in the early twentieth century when Indian tribes were struggling to keep what little remained of their lands, `Tracks' is a tale of passion and deep unrest. Over the course of ten crucial years, as tribal land and trust between people erode ceaselessly, men and women are pushed to the brink of their endurance - yet their pride and humour prohibit surrender.

The reader will experience shock and pleasure in encountering a group of characters that are compelling and rich in their vigour, clarity, and indomitable vitality.

`What gives this novel its resonance is Erdrich's extraordinary ability to create not an approximation of the past but something that seems like a living, breathing evocation of it. It is a book of powerful, poetic images, in which myth and reality elide...the novel leaves behind an indelible impression.' Guardian

`Erdrich may soon come to be recognised as a writer possessed of greatness...Nanapush is a creation of the highest imaginative calibre.' The Times Literary Supplement

`There is no one else writing the kind of novel that Louise Erdrich does. She depicts the rural poor, and the heritage and present of the dwindling American Indians with an audacity and passion that continually surprise.' New Statesman

`The author captures the passions, fears, myths and doom of a living people, and she does so with an ease that leaves the reader breathless.' New Yorker

GOR001181688
Tracks by Louise Erdrich
Louise Erdrich
Used - Very Good
Paperback
HarperCollins Publishers
1994-06-13
240
0006546218
9780006546214
N/A
Book picture is for illustrative purposes only, actual binding, cover or edition may vary.
This is a used book - there is no escaping the fact it has been read by someone else and it will show signs of wear and previous use. Overall we expect it to be in very good condition, but if you are not entirely satisfied please get in touch with us.