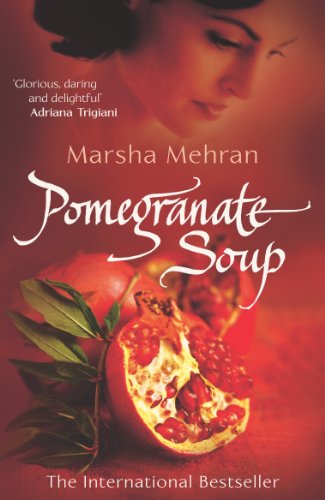 In Stock
£11.49
For the inhabitants of the damp little Irish town of Ballinacroagh, the repertoire of gastronomic delights has never extended farther than the limp meals of the local inn's carvery.
New£11.49
5 in stock

For the inhabitants of the damp little Irish town of Ballinacroagh, the repertoire of gastronomic delights has never extended farther than the limp meals of the local inn's carvery. But things are about to change when the beautiful Aminpour sisters -- Marjan, Bahar and Layla -- arrive, determined to share the magic of their kitchen with the friendly locals. Opening Babylon Cafe, right in the heart of town, they begin serving up traditional Persian dishes and soon the townsfolk is lured to the new premises by the tantalizing aroma of fresh herb kuku, lamb abgusht and elephant ear fritters, washed down with gallons of jasmine tea from the old samovar. Not everyone welcomes the three women with open arms, though. The way to a man's heart is through his stomach, as they say, and the women of Ballinacroagh want their men back ... Filled with recipes, mouth-watering fragrances and mysterious spices, Pomegranate Soup is a heart-warming tale of romance, friendship and exotic food.

"Riveting ... delectable ... A mouthwatering tale with flavors of Chocolat and Under the Tuscan Sun." * Orlando Sentinel *
"A book ready to be discovered and devoured. Marsha Mehran describes the food in mouthwatering detail -- a dash of magic realism." * Chicago Tribune *
"A feast of feelgood!" * Ireland on Sunday *
"Delightful" * Birmingham Evening Mail *
"Glorious, daring and delightful. I adored the Iranian sisters, Marjan, Bahar and Layla who are looking to build a life, start a business and find love in a place so far from home. Ireland has never been more beautiful, the perfect setting for this story filled with humour, hope and possibility" * Adriana Trigiani *

Born in Tehran, Marsha Mehran escaped the Iranian Revolution with her family and moved to Buenos Aires, where her parents set up a Middle Eastern cafe. She subsequently lived in Australia and New York City and most recently in the west of Ireland. She died in April 2014.