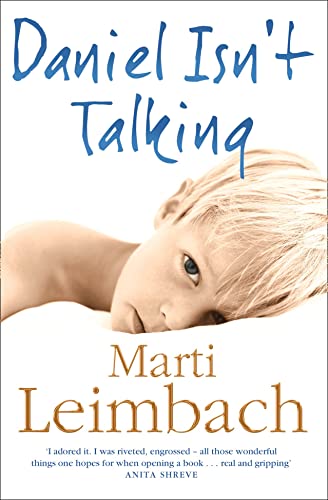 In Stock
£1.99
A powerful novel exploring the effects of autism on a young family from Marti Leimbach, author of the international bestseller 'Dying Young', who has experienced and dealt with the condition within her immediate family.
Very Good
Only 2 left

My husband saw me at a party and decided he wanted to marry me.

Melanie Marsh is an American living in London married to Stephen, the perfect Englishman, who knew the minute he saw her that she was to be his future. But when their youngest child is diagnosed with autism their marriage starts to unravel at great speed. Stephen runs back into the arms of his previous girlfriend while Melanie does everything in her power to help her son and keep her family together.

And then one day Melanie hears about a man named Andy O'Connor, who calls himself a `play therapist' and has a client list so long she can barely get him on the phone. Some say he's a maverick and a con artist of the first degree, but when he walks into the house and starts playing with her child, Melanie knows she's found the key to her son's success, and possibly to her own happiness.

`Daniel Isn't Talking' is a passionate and darkly humorous novel that explores a mother's determination to help her child. A love story for grown ups, it somehow extends its wisdom far beyond the parameters of disability and into the substance of human nature itself. A tense, moving novel that will make you laugh out loud even as it breaks your heart.

'If you like fiction emphatic and passionate, you'll relish this...' Independent

'So heartfelt, realistic and informative...Leimbach vividly portrays both overwhelming maternal love and the ins and outs of autism...' Sunday Times

'One of the most enchanting and gripping books of the year...Leimbach knows how to engage her readers completely.' Daily Mail

'Tender, involving tale of a family in crisis.' Woman and Home

`Powerful and moving, and also surprisingly funny. A love story in every sense.' Deborah Moggach

'I adored "Daniel isn't Talking." I was riveted, engrossed - all those wonderful things one hopes for when opening a book. I thought her portrayal of a mother facing unbelievable hardships was very real and gripping.' Anita Shreve

Marti Leimbach was born in 1963 in Washington DC. She has written several other novels, one of which, `Dying Young', was turned into a major feature film in 1991 staring Julia Roberts. Marti now lives in the UK

GOR000491557
Daniel Isn't Talking by Marti Leimbach
Marti Leimbach
Used - Very Good
Paperback
HarperCollins Publishers
2007-06-28
288
0007217013
9780007217014
N/A
Book picture is for illustrative purposes only, actual binding, cover or edition may vary.
This is a used book - there is no escaping the fact it has been read by someone else and it will show signs of wear and previous use. Overall we expect it to be in very good condition, but if you are not entirely satisfied please get in touch with us.