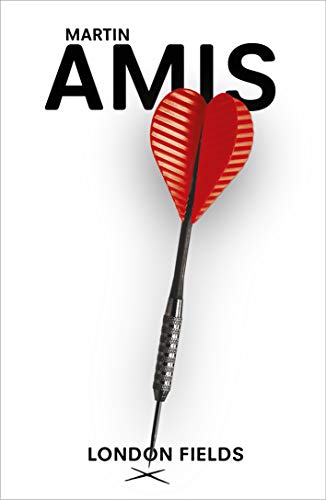 In Stock
£5.99
All Samson has to do is to write Nicola's story as it happens, and savour in this one last gift that life has granted him. 'A true story, a murder story, a love story and a thriller bursting with humour, sex and often dazzling language' Independent
Very Good Good Well Read
5 in stock

Writer, Samson Young, is staring death in the face, and not only his own. Void of ideas and on the verge of terminal decline, Samson's dash to a decaying, degenerate London has brought him through the doors of the Black Cross pub and into a murder story just waiting to be narrated. At its centre is the mesmeric, doomed Nicola Six, destined to be murdered on her 35th birthday. Around her: the disreputable men who might yet turn out to be her killer. All Samson has to do is to write Nicola's story as it happens, and savour in this one last gift that life has granted him. 'A true story, a murder story, a love story and a thriller bursting with humour, sex and often dazzling language' Independent

"A profound work, it's also the best novel ever written about pub darts." -- John Sutherland * The Times *
"Martin Amis's most ambitious, intelligent and nourishing novel to date... Keith Talent is a brilliant comic creation...as a fictional minor crook, he is in the major league, lying and cheating on the scale of Greene's Pinkie Brown and Saul Bellow's Rinaldo Cantabile" * Observer *
"An electrifying writer who likes to shock his fans and share his sharply contemporary concerns... Amis is a maddening master you need to read - the best of his generation" * Mail on Sunday *
"London Fields, its pastoral title savagely inappropriate to its inner-city setting, vibrates, like all Amis's work, with the force fields of sinister, destructive energies. At the core of its surreal fable are four figures locked in lethal alignment" * Sunday Times *

GOR001003627
London Fields by Martin Amis
Martin Amis
Used - Very Good
Paperback
Vintage Publishing
1999-06-03
544
0099748614
9780099748618
N/A
Book picture is for illustrative purposes only, actual binding, cover or edition may vary.
This is a used book - there is no escaping the fact it has been read by someone else and it will show signs of wear and previous use. Overall we expect it to be in very good condition, but if you are not entirely satisfied please get in touch with us.