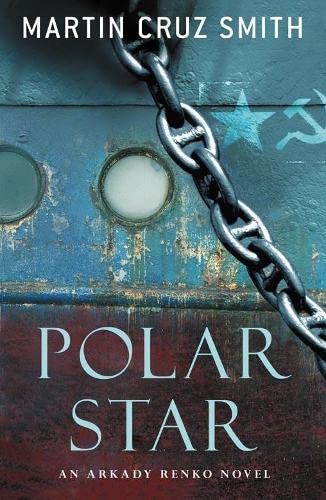 In Stock
£4.49
Arkady Renko, the hero of Gorky Park, returns for a second thrilling mystery
Very Good
6 in stock

"Renko," Volovoi read, as if familiarizing himself with a problem. "Chief Investigator. Dismissed. Expelled from the Party. Psychiatric rehabiliation. You see, I have the same file as the captain has. Assigned to labour in the eastern section of the Russian Republic. Siberia."

Arkady Renko is exiled on Polar Star, a Soviet factory ship which trawls the freezing waters from Siberia to Alaska: current status seaman (second class), his movements shadowed by those who know his past.

Then Renko is given a chance to reclaim his freedom - by investigating a lonely and very mysterious death . . .

`Splendid . . . the reader will be kept guessing to the end' Evening Standard

`Cruz Smith's ability is to tell both a thriller and a novel at once, without losing either strand. There are whispers of Conrad and Graham Greene in this novel' Sydney Morning Herald

Martin Cruz Smith is the bestselling author of the Arkady Renko thrillers Gorky Park, Polar Star, Red Square, Havana Bay and Wolves Eat Dogs, as well as a number of other novels. He lives in California with his wife and three children.

GOR001173889
Polar Star by Martin Cruz Smith
Martin Cruz Smith
Used - Very Good
Paperback
Pan Macmillan
2007-06-01
480
0330449257
9780330449250
N/A
Book picture is for illustrative purposes only, actual binding, cover or edition may vary.
This is a used book - there is no escaping the fact it has been read by someone else and it will show signs of wear and previous use. Overall we expect it to be in very good condition, but if you are not entirely satisfied please get in touch with us.