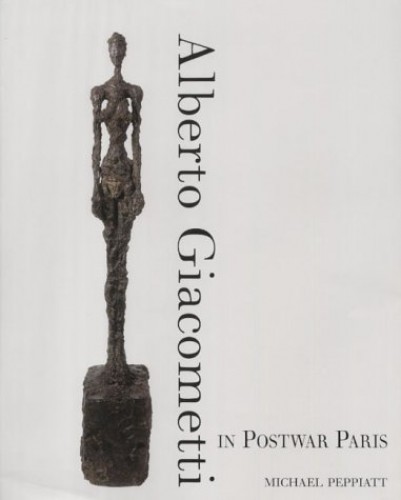 Alberto Giacometti, one of the foremost artists of the twentieth century, created sculptures and paintings of stark and haunting beauty. Now, in the one hundredth anniversary of his birth, this book celebrates his genius, tracing his development from the tiny sculptures he made during World War II to the characteristically emaciated figures of his mature style.
Michael Peppiatt gives a vivid account of the crucial moment when Giacometti returned from his wartime exile in Geneva to his beloved Paris, a city traumatized by the war but receptive to new movements and ideas. He describes how Giacometti's way of seeing life--and his way of working--underwent several dramatic transformations during this period. He sheds light on Giacometti's closest relationships at the time, not only with his lover, Isabel Delmer, his brother Diego, and his young wife, Annette, but also with his writer friends Jean-Paul Sartre, Maurice Merleau-Ponty, Samuel Beckett, and Jean Genet. Exploring the mainsprings of Giacometti's creativity, Peppiatt presents four key texts by the artist, translated into English for the first time, that poignantly describe and illuminate his deepest fears and obsessions. Using rarely seen photographs Peppiatt also discusses Giacometti's studio, which the artist regarded as a continual, indispensable source of stimulus. Richly illustrated with reproductions of Giacometti's sculptures, paintings, and drawings, the book sheds new light on his singular style of expression.

GOR004838577
Alberto Giacometti in Postwar Paris by Michael Peppiatt
Michael Peppiatt
Used - Very Good
Hardback
Yale University Press
2002-01-01
0300090692
9780300090697
N/A
Book picture is for illustrative purposes only, actual binding, cover or edition may vary.
This is a used book - there is no escaping the fact it has been read by someone else and it will show signs of wear and previous use. Overall we expect it to be in very good condition, but if you are not entirely satisfied please get in touch with us.