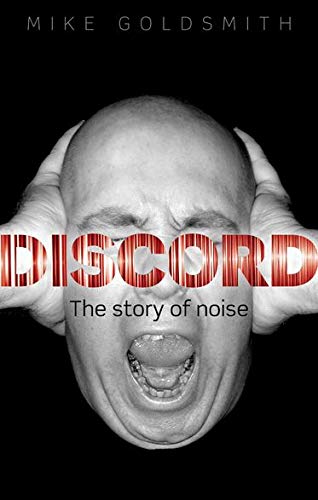 In Stock
£8.49
As humankind creates ever more noise, the battle to manage and control it intensifies. Mike Goldsmith considers the long history of that battle, explains the science and physiology, explores how new scientific approaches may affect the future of sound, and looks at how discord and dissonance are put to use in music, medicine, and even the military.
Very Good
Only 1 left

Noise is a widely recognized problem and health concern in the modern world. Given the importance of managing noise levels and developing suitable 'soundscapes' in contexts such as industry, schools, or public spaces, this is an area of active research for acousticians. But noise, in the sense of dissonance, can also be used positively; composers have employed it from Baroque music to Rock feedback; medicine harnesses it to shatter kidney stones and treat cancer; and even the military uses it in (real and rumoured) weapons. Mike Goldsmith looks back at the long history of the battle between people and noise - a battle that has changed our lives and moulded our societies. He investigates how increasing noise levels relate to human progress, from the clatter of wheels on cobbles to the sound of heavy machinery; he explains how our scientific understanding of sound and hearing has developed; and he looks at noise in nature, including the remarkable ways in which some animals, such as shrimps, use noise as a weapon or to catch prey. He concludes by turning to the future, discussing the noise sources which are likely to dominate it and the ways in which new science and new ideas may change the way our future will sound.

This is an engaging book on a topic that concerns us all yet about which we remain strangely inarticulate - noise ... The book is a veritable tour de force - an entertaining and highly informative tour through the weird and wonderful (and often wacky and worrisome) world of noise. * Sean LEstrange, Dublin Review of Books *
When is sound enjoyable? When is it an irritation? When is it actually dangerous? These are some of the themes of Mike Goldsmith's enjoyable history of "sound out of place". * Wall Street Journal *
A treasure trove of curious facts and anecdotes ... Discord is an extremely attractive and accessible, well-written and engaging book, an excellent starting place for readers who want to understand the physics and politics of noise. * Peter Pesic, American Scientist *
[an] engaging, often entertaining, history of noise from prehistoric times to the present day * Andrew Robinson, The Lancet *
an entertaining and informative history, written by someone with scholarly enthusiasm, which raises important issues and merits a wide readership. * Rupert Christiansen, Literary Review *
[a] spectacularly good book. * New Scientist *

Dr Mike Goldsmith has a PhD in astrophysics from Keele University, awarded for research into variable supergiant stars and cosmic dust formation. From 1987 until 2007 he worked in the Acoustics Group at the UK's National Physical Laboratory and was Head of the group for many years. His work there included research into automatic speech recognition, human speech patterns, environmental noise, and novel microphones. He continues to work with NPL on a freelance basis and has recently lead a three-year project to develop a new type of environmental noise mapping system. He has published over 40 scientific papers and technical reports, and since 1999, he has written over 30 science books for readers from babies to adults. Two of his books have been short-listed for the Aventis prize (now the Royal Society prize) for science books.