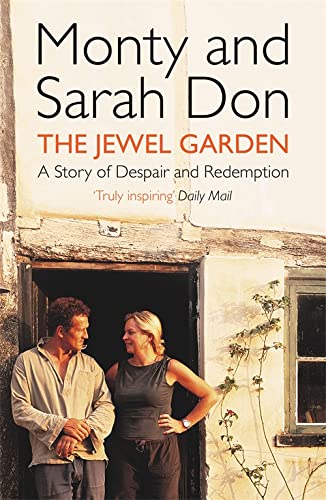 The Jewel Garden
by Monty Don

In Stock
£7.99
Monty Don, presenter of Gardeners' World and the face of British gardening, and his wife Sarah tell the magical story of the garden they built at Longmeadow.
Very Good
Only 3 left

The Jewel Garden by Monty Don

Now familiar to millions of Gardeners' World fans as Longmeadow (the home of Nigel & Nellie), this is the story of Monty & Sarah Don's early days there. The Jewel Garden is the story of the garden that bloomed from the muddy fields around the Dons' Tudor farmhouse, a perfect metaphor for the Monty and Sarah's own rise from the ashes of a spectacular commercial failure in the late '80s .

At the same time The Jewel Garden is the story of a creative partnership that has weathered the greatest storm, and a testament to the healing powers of the soil. Monty Don has always been candid about the garden's role in helping him to pull back from the abyss of depression; The Jewel Garden elaborates on this much further. Written in an optimistic, autobiographical vein, Monty and Sarah's story is truly an exploration of what it means to be a gardener.

Monty and Sarah Don have been gardening together for 30 years, originally in London, where they based their jewellery business, and over the past 30 years in Herefordshire, where they now live. Monty is best known for his weekly column on the Daily Mail, as main presenter of BBC Gardeners' World. And, of course, Nigel.

GOR000549118
The Jewel Garden by Monty Don
Monty Don
Used - Very Good
Paperback
John Murray Press
2005-08-15
192
034082672X
9780340826720
N/A
Book picture is for illustrative purposes only, actual binding, cover or edition may vary.
This is a used book - there is no escaping the fact it has been read by someone else and it will show signs of wear and previous use. Overall we expect it to be in very good condition, but if you are not entirely satisfied please get in touch with us.