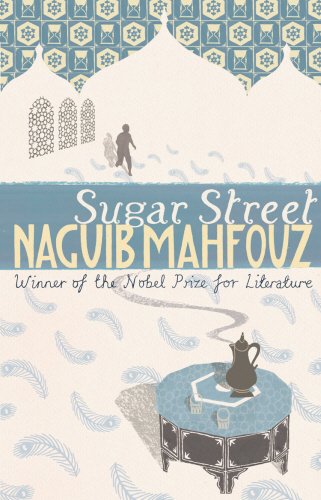 In Stock
£4.99
Sugar Street, the climactic conclusion to Mafhouz's masterpiece trilogy, is the captivating portrait of a family struggling to change with the rise of modern Egypt. And Ridwan, the inheritor of his father's charms, launches a political career aided by a homosexual affair with prominent politician.
Very Good Good Well Read
11 in stock

Sugar Street, the climactic conclusion to Mafhouz's masterpiece trilogy, is the captivating portrait of a family struggling to change with the rise of modern Egypt. As Cairo shrugs off the final vestiges of colonialism, Ahmad Al Jawad has lost his power and surveys the world from a latticed balcony. Unable to control his family's destiny, he watches helplessly as his dynasty and the traditions he holds dear disintegrate before his eyes. But through Ahamd's three grandsons we see modern how Egypt takes shape. One grandson is a communist activist, another a Muslim fundamentalist, both working for what they believe will be a better world. And Ridwan, the inheritor of his father's charms, launches a political career aided by a homosexual affair with prominent politician.

"'The Cairo Trilogy has made its mark on Anglo-American literary tastes because of its unusual grandeur, a technically "Good Read" - recalling Dickens, Flaubert, Zola, even Galsworthy - which still engages the dynamic society of Egypt in the first half of the century'" * Glasgow Herald *
"'His masterpiece'" * The Sunday Times *
"'Mahfouz's scope is vast and his concerns are not only still evident today, but crucial'" * The Scotsman *
"'Proust, Tolstoy and Balzac are the names most frequently flung around in company with that of Mahfouz...I thought of Galsworthy, reading Sugar Street'" * Spectator *
"'Sugar Street is a marvellous novel, with many messages, open and concealed, for those who will be instructed'" * The Times Literary Supplement *

Naguib Mahfouz was most prominent literary figure in the Arab world of the Twentieth Century, best known for his Cairo Trilogy (Palace Walk, Palace of Desire and Sugar Walk), which became an international bestseller. He was born in Cairo in 1911 and lived in the suburb of Agouza with his wife and two daughters for the rest of his life. He published more than thirty novels as well as many collections of short stories, plays and screenplays. In 1988, Mr Mahfouz was awarded the Nobel Prize for Literature, the first Arab writer to win it. In 1994, after the publication of a novel that led him into trouble with Egypt's religious authorities, an attempt was made on his life, but he died peacefully in 2006, aged 94.

GOR001212533
Sugar Street: Nobel Prize Winner by Naguib Mahfouz
Naguib Mahfouz
Cairo Trilogy
Used - Very Good
Paperback
Transworld Publishers Ltd
1994-08-01
320
0552995827
9780552995825
N/A
Book picture is for illustrative purposes only, actual binding, cover or edition may vary.
This is a used book - there is no escaping the fact it has been read by someone else and it will show signs of wear and previous use. Overall we expect it to be in very good condition, but if you are not entirely satisfied please get in touch with us.