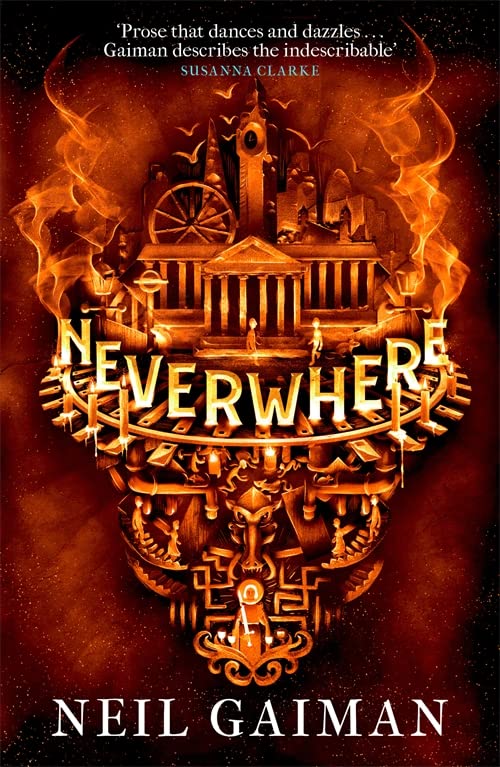 Used Price
£3.99
New RRP £8.99
Free Shipping in the UK
The unique and brilliant first novel from storytelling genius Neil Gaiman, author of the bestselling The Ocean at the End of the Lane
Very Good Good Well Read

Neverwhere is the stunningly original first novel from Neil Gaiman, the bestselling and prizewinning author of The Ocean at the End of the Lane and American Gods. Wired called it 'the sort of book Terry Pratchett might produce if he spent a month locked in a cellar with Frank Kafka'. This is a must-read for all those who loved Susanna Clarke's Jonathan Strange and Mr Norrell or the magical world of J.K. Rowling.

Under the streets of London there's a world most people could never even dream of. A city of monsters and saints, murderers and angels, and pale girls in black velvet. Richard Mayhew is a young businessman who is about to find out more than he bargained for about this other London. A single act of kindness catapults him out of his safe and predictable life and into a world that is at once eerily familiar and yet utterly bizarre. There's a girl named Door, an Angel called Islington, an Earl who holds Court on the carriage of a Tube train, a Beast in a labyrinth, and dangers and delights beyond imagining . . . And Richard, who only wants to go home, is to find a strange destiny waiting for him below the streets of his native city.

GOR001229625
Neverwhere by Neil Gaiman
Neil Gaiman
Used - Very Good
Paperback
Headline Publishing Group
2004-08-16
400
0755322800
9780755322800
N/A
Book picture is for illustrative purposes only, actual binding, cover or edition may vary.
This is a used book - there is no escaping the fact it has been read by someone else and it will show signs of wear and previous use. Overall we expect it to be in very good condition, but if you are not entirely satisfied please get in touch with us.