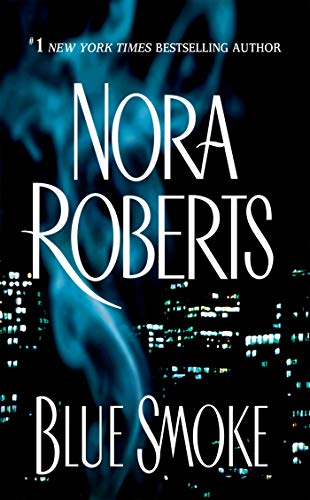 In Stock
£5.49
Fire investigator Reena Hale steps into an inferno of madness as she tries desperately to trace the origins of the taunting phone calls she's receiving, the fires, and the hatred aimed in her direction.
Very Good
Only 3 left

Incomparable #1 New York Times bestselling author Nora Roberts delivers a tale of gut-level fear, human triumph, and the bonds that carry us through our darkest times...

Reena Hale's destiny was shaped in the destructive--yet fascinatingly beautiful--fire that leveled her family's pizzeria when she was young. Now an arson investigator, she finds her strength and wits constantly tested, although sometimes the job seems like a snap compared to her love life. But she can't always blame the men. After all, a soot-caked woman barking orders and smelling of smoke isn't the biggest turn-on in the world. Then she meets Bo Goodnight, who seems different. He's been trying to find Reena for years, and now that she's close enough to touch, he has no intention of letting go.

Nor does the man who has begun to haunt Reena's life--with taunting phone calls and a string of horrifying crimes. And as Reena tries desperately to trace the origins--of the calls, the fires, the hatred aimed in her direction--she will step into the worst inferno she has ever faced...

"In typical Roberts style, she captivates readers with strong, likable characters. Her fans won't be disappointed: Blue Smoke lures the reader in a quick-paced style that makes it impossible to put down."--Richmond Times Dispatch

"A book that binds you in its spell."--The State (Columbia, SC)

"When the pure talent gene was being doled out, Roberts got a double dose. This book is vintage Roberts, which means it's filled with witty dialogue, deft characterization and masterful storytelling. Romantic suspense in its purest form."--RT Book Reviews

GOR008594782
Blue Smoke by Nora Roberts
Nora Roberts
Used - Very Good
Paperback
Unknown
0
0515141399
9780515141399
N/A
Book picture is for illustrative purposes only, actual binding, cover or edition may vary.
This is a used book - there is no escaping the fact it has been read by someone else and it will show signs of wear and previous use. Overall we expect it to be in very good condition, but if you are not entirely satisfied please get in touch with us.