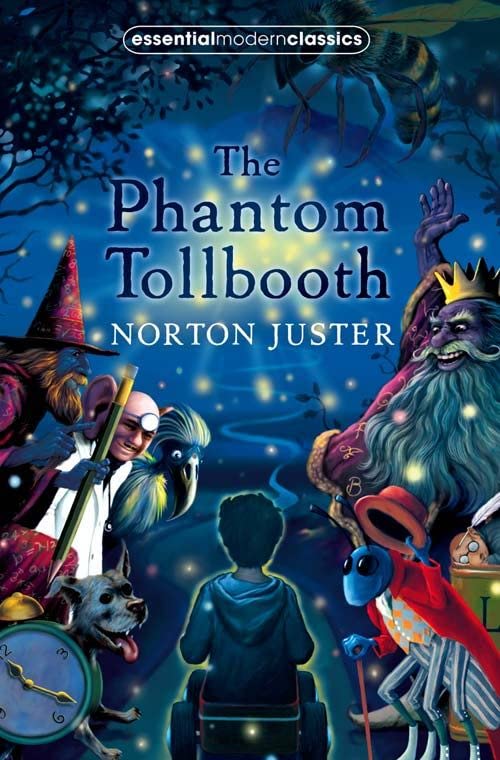 The Phantom Tollbooth
by Norton Juster

The Phantom Tollbooth by Norton Juster

Milo's extraordinary voyage takes him into such places as the Land of Expectation, the Doldrums, the Mountains of Ignorance and the Castle in the Air. He meets the weirdest and most unexpected characters (such as Tock, the watchdog, the Gelatinous Giant, and the Threadbare Excuse, who mumbles the same thing over and over again), and, once home, can hardly wait to try out the Tollbooth again. But will it be still there when he gets back from school?

`Think Alice in Wonderland for the modern age. Brilliant'. The Guardian

`The most unpredictable, the most stimulating children's book I have read for a very long time. Words, numbers, cliches, proverbs are taken literally, imaginatively or punningly in an enthralling and very funny dazzle of mental fireworks.' The Sunday Times

`An altogether remarkable book, one that should delight any bright child, and that will be no burden for a parent to read aloud. Related with unflagging wit and a marvellous sense of the fun to be had with words, this book will be enjoyed by children for years to come.' Spectator

Norton Juster was born in New York State in 1929, just prior to the Great Depression of 1929. There are still a number of people who attribute that catastrophic event directly to his birth. He grew up (carefully) in Brooklyn, studied architecture at the University of Pennsylvania, and spent a year in Liverpool on a Fulbright Scholarship, doing graduate work in urban planning and learning to ride a motorcycle. After spending three years in the US Navy, he practised architecture in New York and Massachusetts before teaching architecture and planning. He began writing seriously while in the Navy. His work includes The Dot and the Line, which was made into an animated film, and a musical adaptation of The Phantom Tollbooth. Between the teaching, architecture and writing his life can sometimes get quite hectic. of the three things he does, Mr Juster enjoys most the two he is not doing at any given time. He is married and lives in Massachusetts. He has one daughter and one granddaughter.

GOR001374413
The Phantom Tollbooth by Norton Juster
Norton Juster
Used - Very Good
Paperback
HarperCollins Publishers
2008-03-03
272
0007263481
9780007263486
N/A
Book picture is for illustrative purposes only, actual binding, cover or edition may vary.
This is a used book - there is no escaping the fact it has been read by someone else and it will show signs of wear and previous use. Overall we expect it to be in very good condition, but if you are not entirely satisfied please get in touch with us.