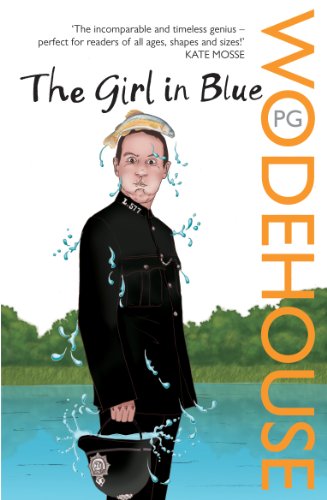 The Girl in Blue
by P.G. Wodehouse

Used Price
£4.49
New RRP £8.99
Free Shipping in the UK
But she's an heiress, and that's a problem too - because even if he can extricate himself from his grasping fiancee Jerry can't be a gold-digger. Jerry sets out on a mission to find her - and somehow hilariously in the process everything comes right.
Reviews:
Trustpilot
Very Good

The Girl in Blue Summary

The Girl in Blue by P.G. Wodehouse

A P.G. Wodehouse novel Young Jerry West has a few problems. His uncle Crispin is broke and employs a butler who isn't all he seems. His other uncle Willoughby is rich but won't hand over any of his inheritance. And to cap it all, although already engaged, Jerry has just fallen in love with the wonderful Jane Hunnicutt, whom he's just met on jury service. But she's an heiress, and that's a problem too - because even if he can extricate himself from his grasping fiancee Jerry can't be a gold-digger. Enter The Girl in Blue - a Gainsborough miniature which someone has stolen from Uncle Willoughby. Jerry sets out on a mission to find her - and somehow hilariously in the process everything comes right.

Customer Reviews - The Girl in Blue

The Girl in Blue Reviews

GOR001833115
The Girl in Blue by P.G. Wodehouse
P.G. Wodehouse
Used - Very Good
Paperback
Cornerstone
2008-03-08
224
0099514192
9780099514190
N/A
Book picture is for illustrative purposes only, actual binding, cover or edition may vary.
This is a used book - there is no escaping the fact it has been read by someone else and it will show signs of wear and previous use. Overall we expect it to be in very good condition, but if you are not entirely satisfied please get in touch with us.