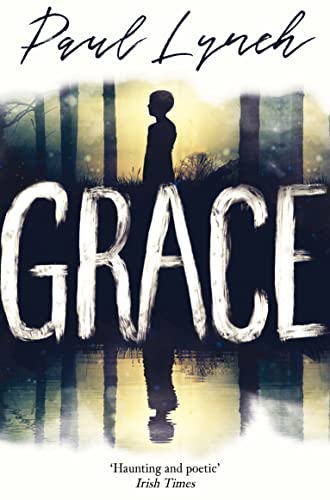 WINNER OF THE KERRY GROUP IRISH NOVEL OF THE YEAR 2018

Winter is closing in and Ireland is in the grip of famine. Early one October morning, Grace's mother snatches her from sleep, brutally cuts her hair and tells her: `You are the strong one now.'

Her mother fits her up in men's clothes and casts her out, as she is no longer safe at home. With her younger brother Colly in tow, the two set off on a remarkable journey against the looming shadow of their country's darkest hour.

Paul Lynch is the author of the novels Red Sky in Morning and The Black Snow. He won France's Prix Libr'a Nous for Best Foreign Novel, and was a finalist for the Prix du Meilleur Livre Etranger (Best Foreign Book Prize). He lives in Dublin with his wife and daughter. www.paullynchwriter.com

NGR9781786073464
Grace by Paul Lynch
Paul Lynch
New
Paperback
Oneworld Publications
2018-06-07
368
1786073463
9781786073464
Winner of Kerry Group Irish Novel of the Year 2018 Short-listed for Walter Scott Prize for Historical Fiction 2018 Short-listed for William Saroyan International Prize for Writing 2018 Short-listed for Prix Litterature Monde 2019 (France)
Book picture is for illustrative purposes only, actual binding, cover or edition may vary.
This is a new book - be the first to read this copy. With untouched pages and a perfect binding, your brand new copy is ready to be opened for the first time.