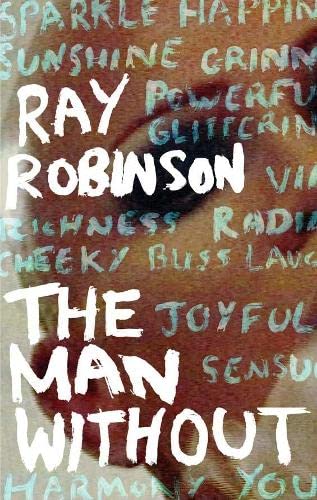 The Man Without
by Ray Robinson

In Stock
£12.99
From the author of Electricity, another dazzling novel illuminating the darker side of life
Very Good Good
Only 2 left

The Man Without Summary

The Man Without by Ray Robinson

Antony Dobson has lived through a lot in his short twenty-six years. Desperate, loveable and utterly confused, he gets a kick out of taking risks, gets a thrill from taking himself right to the edge and, so far at least, back again. But haunted by childhood memories and guarding a dark, humiliating secret that he dare not reveal, he's hurtling fast towards the point of no return.

Impressive and irresistibly readable, this tight-rope-walk of a novel explores memory, love, identity, and absence in a dazzling display that is in turn sad, witty and deeply affecting.

'An energetic debut, bristling with talent' The Times

An award-winning short story writer, novelist and screenwriter, Robinson first won attention in 2006 with his debut novel, Electricity (Picador, 2006). It was shortlisted for both the James Tait Black Memorial Prize, and the Authors' Club First Novel Award. Robinson's other novels are The Man Without (Picador, 2008), Forgetting Zoe (Heinemann, 2010), and Jawbone Lake (Heinemann, 2014). Forgetting Zoe was the winner of the inaugural Jerwood Fiction Uncovered Prize and was the Observer's 'Thriller of the Month'. Robinson was hailed as 'among the most impressive voices of Britain's younger generation' by the Irish Times. Robinson is a post-graduate of Lancaster University, where he was awarded a Ph.D. in Creative Writing in 2006, and is a Literary Mentor and Reader for The Literary Consultancy. He has appeared at literary festivals around the world, including La Feria Internacional del Libro de Guadalajara, Mexico, and the Edinburgh International Book Festival. www.rayrobinson.org.uk

GOR004677459
The Man Without by Ray Robinson
Ray Robinson
Used - Very Good
Hardback
Pan Macmillan
2008-07-18
328
0330440705
9780330440707
N/A
Book picture is for illustrative purposes only, actual binding, cover or edition may vary.
This is a used book - there is no escaping the fact it has been read by someone else and it will show signs of wear and previous use. Overall we expect it to be in very good condition, but if you are not entirely satisfied please get in touch with us.