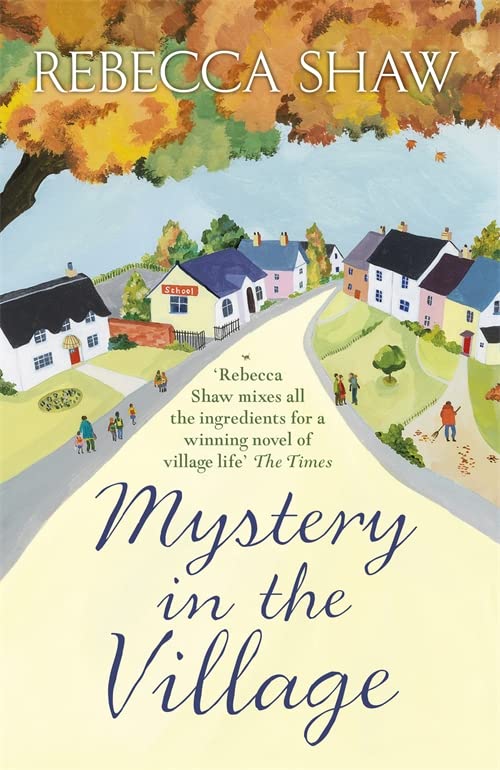 Mystery in the Village by Rebecca Shaw

Written with warmth and humour, Mystery in the Village is the last novel from Sunday Times bestseller Rebecca Shaw.

Mystery in the Village by Rebecca Shaw

It's a time of turmoil for the village of Turnham Malpas...

Peter and Caroline Harris live a comfortable life at the rectory, but their cosy world is shaken up when Caroline's old flame Morgan Jefferson appears. He's intent on convincing her to pursue a once-in-a-lifetime opportunity - in America. What's more, it looks like Caroline's career isn't the only thing Morgan is interested in.

Newlyweds Chris and Deborah Templeton seem to be the perfect union. The old, unpredictable Chris has been replaced by a kinder and gentler man, yet he's still plagued by doubt. Where does Deborah disappear to for days on end? Why won't she tell her husband?

After the tragic death of his young grandson, Ron Bissett is further devastated when he loses his wife. Sheila Bissett has taken her own life, and no one can fathom why. But when an unexpected letter is received, it soon becomes clear that Sheila was hiding far darker secrets than anyone ever knew.

Rebecca Shaw mixes all the ingredients for a winning novel of village life - THE TIMES
Rebecca Shaw was a former school teacher and the bestselling author of many novels. She lived with her husband in a beautiful Dorset village where she found plenty of inspiration for her stories about rural life. Rebecca sadly passed away in 2015.
GOR008667125
9781409147275
1409147274
Mystery in the Village by Rebecca Shaw
Rebecca Shaw
Used - Like New
Paperback
Orion Publishing Co
2016-07-28
256
N/A
Book picture is for illustrative purposes only, actual binding, cover or edition may vary.
The book has been read, but looks new. The book cover has no visible wear, and the dust jacket is included if applicable. No missing or damaged pages, no tears, possible very minimal creasing, no underlining or highlighting of text, and no writing in the margins
Trustpilot