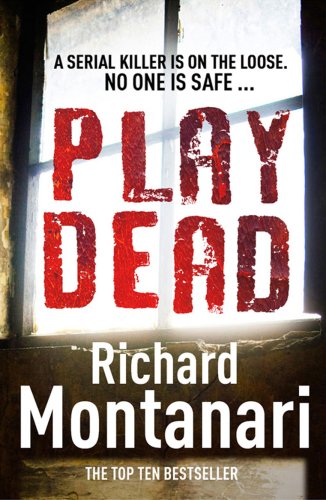 In Stock
£4.49
The lifeless body of Caitlin O'Riordan was found carefully posed in a glass display case in the desolate Philadelphia Badlands but, as Byrne and Balzano rapidly discover, she was just the first pawn in the killer's twisted game...
Very Good
7 in stock

In each soul, a secret ... Philadelphia homicide detectives Kevin Byrne and Jessica Balzano's first assignment from the Cold Case files is the brutal murder of a young runaway. The lifeless body of Caitlin O'Riordan was found carefully posed in a glass display case in the desolate Philadelphia Badlands but, as Byrne and Balzano rapidly discover, she was just the first pawn in the killer's twisted game... A mysterious phone call leads them on a scavenger hunt for a second victim. This time a young girl has been dismembered, her body parts left in three boxes in the basement of a deserted house. More clues lead to other victims and, as the body count rises, it becomes clear that there is a serial killer on the loose, hell-bent on completing the 'performance' of a lifetime. As more runaways vanish, Byrne and Balzano come to realize that the homicidal mastermind plans to complete seven depraved tricks in his dark and dangerous magic act. With Balzano increasingly obsessed by a case that haunts her, and Byrne struggling with a loss of his own, the stakes are mounting. But this is one game they can't afford to lose...

"[A] tale of mystery, death and good versus evil" * Press Association *
"Montanari's superior thriller...[is] a welcome change from the gore typical of the serial killer subgenre. Likewise, Byrne and Balzano possess a psychological depth all too rare in such fiction" * Publishers Weekly *

GOR001021691
Play Dead: (Byrne & Balzano 4) by Richard Montanari
Richard Montanari
Byrne & Balzano
Used - Very Good
Paperback
Cornerstone
2009-04-09
416
0099538628
9780099538622
N/A
Book picture is for illustrative purposes only, actual binding, cover or edition may vary.
This is a used book - there is no escaping the fact it has been read by someone else and it will show signs of wear and previous use. Overall we expect it to be in very good condition, but if you are not entirely satisfied please get in touch with us.