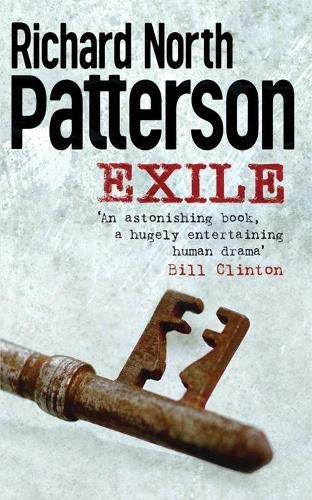 In Stock
£4.49
An ambitious young lawyer takes on his biggest case: the televised murder trial of a woman he still loves...
Very Good
Only 2 left

David Wolfe is an ambitious former homicide prosecutor who is planning to run for Congress. A political dinner for the Israeli Prime Minister is hosted by his current girlfriend, Carole Shorr, a liberal supporter of both the Palestinian and Israeli causes. But when David receives a call from Hana Ashawi, a Palestinian woman who was David's classmate at Harvard Law School, he is rattled. Hana was more than a peer - she was his lover. When, furthermore, the Israeli Prime Minister is assassinated, apparently by Hana's partner, David finds himself thrown into a situation with enormous global, political and emotional implications.

'An astonishing book, ahugely entertaining human drama that also offers remarkable insight into the lethal conflict between the Israelis and the Palestinians. Richard North Patterson has outdone himself - Exile is his best novel yet.' BILL CLINTON

'If you like political thrillers with a legal dimension this is a fine example of the genre: a strong story about a real dilemma with colourful characters' Daily Mail

'Every now and then - but a lot more rarely than that implies - you come across a thriller so important that it absolutely demands to be read. This is one...' The Times

Richard North Patterson is the author of thirteen previous novels including eight international bestsellers. Former a trial lawyer in Washington and San Francisco, he is now a full-time writer and lives with his wife and family on Martha's Vineyard, and in San Francisco.

GOR000933306
Exile by Richard North Patterson
Richard North Patterson
Used - Very Good
Paperback
Pan Macmillan
2007-11-02
720
0330440136
9780330440134
N/A
Book picture is for illustrative purposes only, actual binding, cover or edition may vary.
This is a used book - there is no escaping the fact it has been read by someone else and it will show signs of wear and previous use. Overall we expect it to be in very good condition, but if you are not entirely satisfied please get in touch with us.