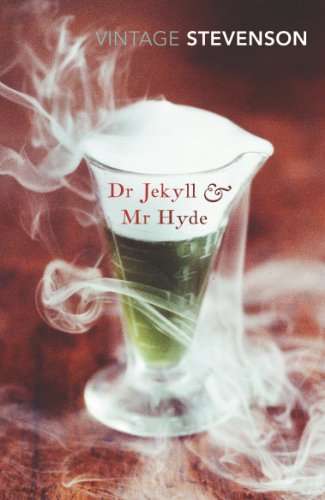 In Stock
£6.99
But gradually he begins to find that the journey back to goodness becomes more and more difficult, and the risk that Mr Hyde will break free entirely from Dr Jekyll's control puts all of London in grave peril.
New£6.99
5 in stock

Dr Jekyll and Mr Hyde and Other Stories Summary

A beautiful classic edition for fans of gothic tales. How thin is the line between good and evil? Dr Jekyll has been experimenting with his identity. He has developed a drug which separates the two sides of his nature and allows him occasionally to abandon himself to his most corrupt inclinations as the monstrous Mr Hyde. But gradually he begins to find that the journey back to goodness becomes more and more difficult, and the risk that Mr Hyde will break free entirely from Dr Jekyll's control puts all of London in grave peril.

Dr Jekyll and Mr Hyde and Other Stories Reviews

"Stevenson's short stories are certain to retain their position in English literature. His serious rivals are few indeed" -- Arthur Conan Doyle
"Mr Hyde's sordid and perhaps deviant excesses are rendered more suggestive through being left undescribed" -- Sarah Waters
"A fable that lies nearer to poetry than to ordinary prose fiction" -- Vladimir Nabokov
"Robert Louis Stevenson...was a storyteller, that's what I'd like to be, that's what I'm trying to be" -- Quintin Jardine
"Jekyll and Hyde, in particular, is such an important novel in terms of suspense and setting a perfect scene for crime" -- Alanna Knight

Robert Louis Stevenson was born in Edinburgh in 1850. Chronically ill with bronchitis and possibly tuberculosis, Stevenson withdrew from Engineering at Edinburgh University in favour of Studying Law. Although he passed the bar and became an advocate in 1875, he knew that his true work was as a writer. Between 1876 and his death in 1894, Stevenson wrote prolifically. His published essays, short stories, fiction, travel books, plays, letters and poetry number in dozens. The most famous of his works include Travels With A Donkey in the Cevennes (1879), New Arabian Nights (1882), Treasure Island (1883), The Strange Case of Doctor Jekyll and Mr Hyde (1887), Thrawn Janet (1887) and Kidnapped (1893). After marrying Fanny Osbourne in 1880 Stevenson continued to travel and to write about his experiences. His poor health led him and his family to Valima in Samoa, where they settled. During his days there Stevenson was known as `Tusitala' or `The Story Teller'. His love of telling romantic and adventure stories allowed him to connect easily with the universal child in all of us. `Fiction is to grown men what play is to the child,' he said. Robert Louis Stevenson died in Valima in 1894 of a brain haemorrhage.

NGR9780099511588
Dr Jekyll and Mr Hyde and Other Stories by Robert Louis Stevenson
Robert Louis Stevenson
New
Paperback
Vintage Publishing
2007-10-04
256
0099511584
9780099511588
N/A
Book picture is for illustrative purposes only, actual binding, cover or edition may vary.
This is a new book - be the first to read this copy. With untouched pages and a perfect binding, your brand new copy is ready to be opened for the first time.