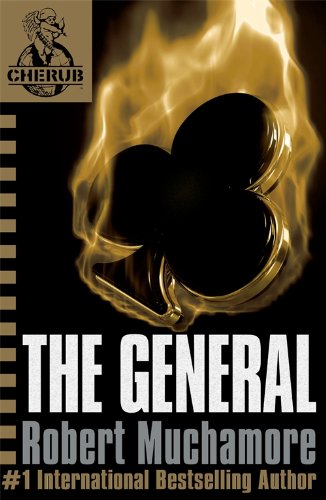 CHERUB: The General
by Robert Muchamore

Out of Stock
£3.99
CHERUB: the number one bestselling spy thriller series for kids.
Very Good
Only 0 left

The tenth title in the number one bestselling CHERUB series! James and Lauren are off to America to help train the army - and get into trouble in Las Vegas ...

The world's largest urban warfare training compound stands in the desert near Las Vegas. Forty British commandos are being hunted by an entire American battalion.

But their commander has an ace up his sleeve: he plans to smuggle in ten CHERUB agents, and fight the best war game ever.

CHERUB agents have one crucial advantage: adults never suspect that kids are spying on them.

If your teenagers haven't yet discovered the Cherub series about young secret agents, what have they been reading? This, the tenth in the series, maintains the crackling tension and high-octane drama * Daily Mail *
Adrenaline-pumping ... its plotting and pace are guaranteed to deliver on thrills and spills * Books For Keeps *
An exciting, punchy page-turner * North Devon Journal *
Robert Muchamore goes from strength to strength * Publishing News *
Lots of excitement and derring do * The Bookbag *
Praise for books in the CHERUB series: 'Punchy, exciting, glamorous and, what's more, you'll completely wish it was true.' * Sunday Express *
'Crackling tension and high-octane drama.' * Daily Mail *
'A really good book that you could re-read over and over again.' * Guardian *
'Pacy writing, punchy dialogue and a gripping plot, it's got it all.' * Daily Express *
'Fast-moving action ... and cool gadgets!' * The Times *

GOR001216419
CHERUB: The General: Book 10 by Robert Muchamore
Robert Muchamore
CHERUB
Used - Very Good
Paperback
Hachette Children's Group
2008-08-07
352
0340931841
9780340931844
N/A
Book picture is for illustrative purposes only, actual binding, cover or edition may vary.
This is a used book - there is no escaping the fact it has been read by someone else and it will show signs of wear and previous use. Overall we expect it to be in very good condition, but if you are not entirely satisfied please get in touch with us.