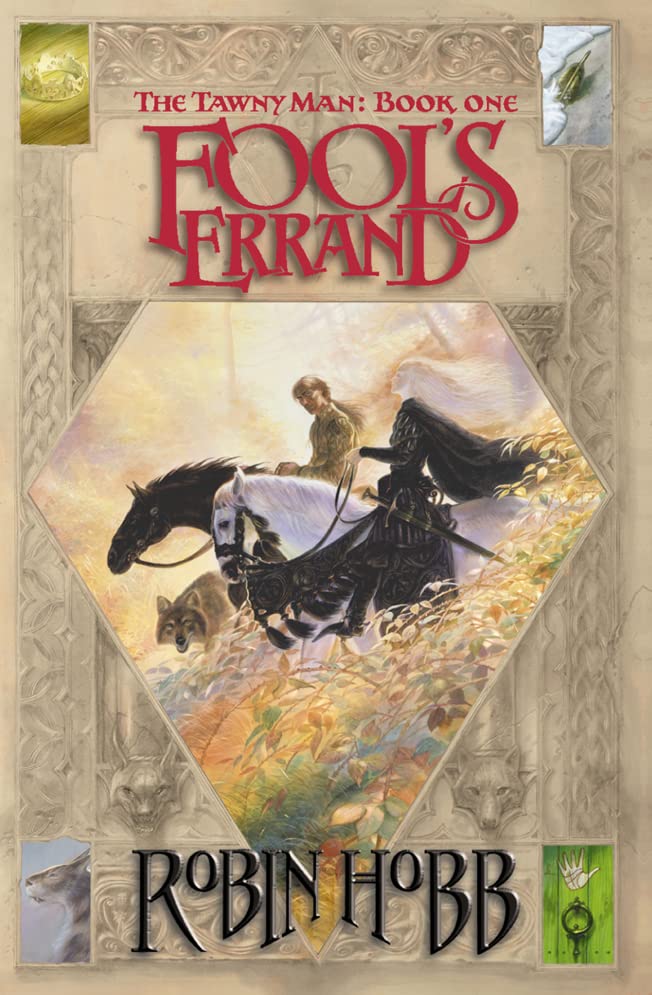 The start of a thrilling new fantasy series, from the author of the bestselling Assassin trilogy.

The start of a thrilling new fantasy series, from the author of the bestselling Assassin trilogy.

When Assassin's Quest closed, Fitz was living in self-imposed exile. Wracked with pain, he had chosen to discard the magical gifts that had seen him survive the wonders and torments of navigating the legendary city of the Elderlings, and of raising a dragon.
Now, in this the first of a new trilogy, we are returned to the world of the Six Duchies and the lives of those who managed to survive the events of the first Assassin trilogy.
Fifteen years have passed and events are about to sweep Fitz out of his quiet backwater life and into the main political current again. Persecution of the Witted has become rampant throughout the Six Duchies despite Queen Kettricken's effort to damp it. The Witted themselves have begun to strike back. So when 15 year old Prince Dutiful disappears, is it only because he is nervous about his betrothal ceremony to an Outislander princess, or has he been taken hostage by the Witted? Worse, is he perhaps another 'Piebald Prince', a Farseer tainted by Wit magic? As the desperate situation worsens, Kettricken has no choice but to summon Fitz to Buckkeep, for who better to track the young prince down than another gifted with the Wit, together with his bonded companion, the wolf Nighteyes?

Ship of Magic:
'Promises to be a truly extraordinary saga... the characterizations are consistently superb, and [Hobb] animates everything with love for and knowledge of the sea. If Patrick O'Brian were to turn to writing high fantasy, he might produce something like this.'
BOOKLIST

'A wonderful book, written by a writer at the height of her abilities'
J V JONES

Royal Assassin:
'Hobb continues to revitalize a genre that often seems all too generic, making it new in ways that range from the subtle to the deeply shocking...'
LOCUS

GOR001131870
Fool's Errand (The Tawny Man Trilogy, Book 1) by Robin Hobb
Robin Hobb
The Tawny Man Trilogy
Used - Very Good
Paperback
HarperCollins Publishers
2002-03-04
592
0007110561
9780007110568
N/A
Book picture is for illustrative purposes only, actual binding, cover or edition may vary.
This is a used book - there is no escaping the fact it has been read by someone else and it will show signs of wear and previous use. Overall we expect it to be in very good condition, but if you are not entirely satisfied please get in touch with us.