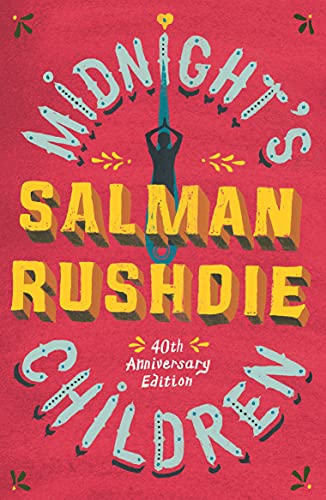 In Stock
£5.99
Born at the stroke of midnight at the exact moment of India's independence, Saleem Sinai is a special child. Inextricably linked to his nation, Saleem's story is a whirlwind of disasters and triumphs that mirrors the course of modern India at its most impossible and glorious
Very Good Good Well Read
13 in stock

Born at the stroke of midnight at the exact moment of India's independence, Saleem Sinai is a special child. However, this coincidence of birth has consequences he is not prepared for: telepathic powers connect him with 1,000 other 'midnight's children' all of whom are endowed with unusual gifts. Inextricably linked to his nation, Saleem's story is a whirlwind of disasters and triumphs that mirrors the course of modern India at its most impossible and glorious

A magical-realist reflection of the issues India faced post-independence including culture, language, religion, and politics... It's a truly incredible work. -- Jack Rear * Verdict *
The extraordinary alchemy of Midnight's Children was its miraculous fusion of the fantastical and the historical. -- Jereme Boyd Maunsell * Evening Standard *
A wonderful, rich and humane novel that is safe to call a classic. -- Sam Jordison * Guardian *
Rushdie's novel took a post-colonial "empire fights back" spirit, and a deep personal understanding of the politics of Indian partition, and exploded them into something teeming with imaginative life... He inhabits a hybrid consciousness, with a telepathic connection to the other children of midnight, and tells its stories for all he is worth. -- Tim Adams * Observer *
One of the most important books to come out of the English-speaking world in this generation * The New York Review of Books *

Salman Rushdie is the author of eight novels, one collection of short stories, and four works of non-fiction, and the co-editor of The Vintage Book of Indian Writing. In 1993 Midnight's Children was judged to be the 'Booker of Bookers', the best novel to have won the Booker Prize in its first 25 years. The Moor's Last Sigh won the Whitbread Prize in 1995, and the European Union's Aristeion Prize for Literature in 1996. He is a Fellow of the Royal Society of Literature and a Commandeur des Arts et des Lettres.

GOR001262777
Midnight's Children by Salman Rushdie
Salman Rushdie
Used - Very Good
Paperback
Vintage Publishing
2008-05-01
688
0099511894
9780099511892
Short-listed for Best of the Booker 2008
Book picture is for illustrative purposes only, actual binding, cover or edition may vary.
This is a used book - there is no escaping the fact it has been read by someone else and it will show signs of wear and previous use. Overall we expect it to be in very good condition, but if you are not entirely satisfied please get in touch with us.