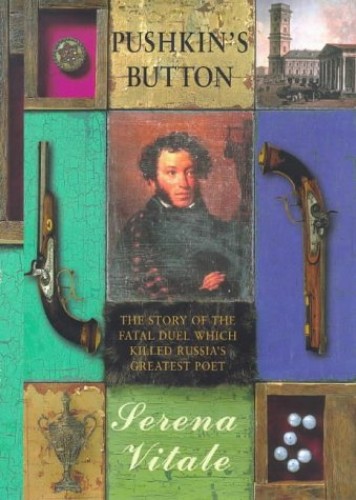 A wonderful piece of literary detective work that charts the colliding lives of Russia's greatest poet and the man who killed him in their duel - cultural history that reads like a thriller.

A wonderful piece of literary detective work that charts the colliding lives of Russia's greatest poet and the man who killed him in their duel - cultural history that reads like a thriller.

Pushkin's Button is an astonishing tour de force, a riveting account of the last few months of Pushkin's life before his death on 29 January 1837. It is also the story of the French soldier who killed him, Georges d'Anthes, a man in love with Natalya Pushkin, the poet's wife, the most beautiful woman in all St Petersburg.

Vitale's extensive archival detective work has unearthed a mass of fascinating written material about this famous love triangle - journals, letters, scraps of gossip by those in their circle - that brings the indulgent world of 1830s St Petersburg, with its salons and imperial balls, vividly into focus. Sparkling throughout with Pushkin's own genial wit, Serena Vitale's book is, as George Steiner says, 'almost impossible to put down'.

Serena Vitale is a professor of Russian language and literature at the University of Pavia, Italy. She is the translator and editor of many Russian literary works, including those of Mandelstam, Tsvetaeva, and Nabokov.

GOR002589689
9781857029352
1857029356
Pushkin's Button by Serena Vitale
Serena Vitale
Used - Very Good
Hardback
HarperCollins Publishers
19990301
416
null null null null null null null null null null
Book picture is for illustrative purposes only, actual binding, cover or edition may vary.
This is a used book - there is no escaping the fact it has been read by someone else and it will show signs of wear and previous use. Overall we expect it to be in very good condition, but if you are not entirely satisfied please get in touch with us
Trustpilot