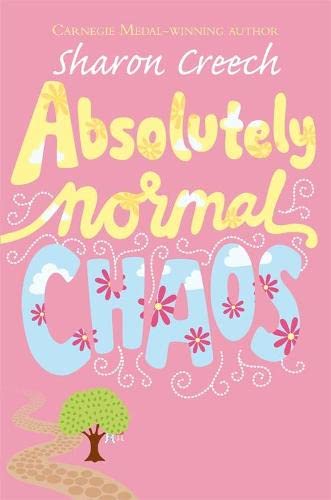 In Stock
£4.49
From an award-winning author, this is a funny, feisty and incredibly clever story - with a fantastic new cover look to match
Very Good
6 in stock

So. Here it is. My summer journal. As you can see, I got a little carried away.

The problem is this, though. I don't want you to read it. I really mean it. I just wanted you to know I did it. I didn't want you to think I was one of those kids who says, `Oh yeah, I did it, but I lost it/my dog ate it/my little brother dropped it in the toilet.'

But please, PLEEASE DON'T READ IT! How was I to know all this stuff was going to happen to me this summer?

Mary Lou has what she calls a normally-strange family. That is, until her cousin Carl comes to stay. She had plans to enjoy the summer hanging out with her first ever crush, but there's something so quiet and sad about Carl, and Mary Lou knows that no one else in her chaotic home will bother to find out why. So it looks like it's up to her - and what she discovers is far from normal and rocks the family to its heart.

Sharon Creech has won, or been shortlisted for, nearly every major literary award for children's books, both in the USA and UK, as well as selling all over the world. And she won the Carnegie Medal for outstanding children's literature with her novel Ruby Holler . Sharon is an American who lived in England for nineteen years. She now lives in New Jersey, USA, with her husband.

GOR000498831
Absolutely Normal Chaos by Sharon Creech
Sharon Creech
Used - Very Good
Paperback
Pan Macmillan
2001-03-23
208
0330397818
9780330397810
N/A
Book picture is for illustrative purposes only, actual binding, cover or edition may vary.
This is a used book - there is no escaping the fact it has been read by someone else and it will show signs of wear and previous use. Overall we expect it to be in very good condition, but if you are not entirely satisfied please get in touch with us.