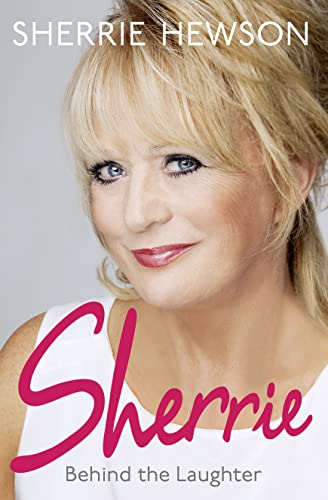 Behind the Laughter
by Sherrie Hewson

Behind the Laughter Summary

Sherrie Hewson is one of Britain's best loved telly stars. From her dazzling performances in the Carry On films to Russ Abbott's Madhouse, to her favourite character Maureen Holdsworth in Coronation Street to the green hills of Emmerdale, Sherrie's warmth and good humour won her a place in the heart of the nation. And now an adored presenter on Loose Women, which she joined eight years ago, Sherrie has become a friend and confidante to the millions who tune in for her naughty sense of fun, openness and quick wit.

But behind the laughter Sherrie has been hiding a secret heartache. After 30 years of marriage, she is finally divorcing the man who cheated on her and squandered all her money, leaving her bankrupt, on the brink of an alcohol problem and suicidal. It has taken her nine years to reach this point; but Sherrie is now ready to share her story - and it's one that at times seems more fitting to a soap opera than real life.

From living in a brothel to being ditched at the altar, to living in fear of her stalker to nearly murdering her Corrie co-star (by accident, of course!), to the on- and off-screen lovers, friends and foe, to struggling to conceive her much-loved daughter,
Sherrie - a natural storyteller - always manages to see the funny side and tells it like it is with warmth and a cheeky smile.

Brimming with brilliantly funny anecdotes and larger-than-life characters, Sherrie's story will delight, entertain and, above all, make you laugh.

Behind the Laughter Reviews

'Frank and honest' The Weekly News

'You might think you know everything about Sherrie... but her autobiography reveals a more sensitive side, laced with her trademark wit and warmth.' **** Woman's Own

'[Sherrie Hewson] has had a rollercoaster ride through the laughter, tears and tantrums of an extraordinary life' The Manchester Evening News

'Behind the Laughter charts not only all the high points of [Sherrie's] acting career, but also closes the book on the unhappiest periods' Aberdeen Press and Journal

Sherrie Hewson was born in Nottingham in 1950. The daughter of a model and singer, Sherrie was destined to entertain and got her big break when she joined the Carry On team to star in Carry On Behind aged 25. From there Sherrie went on to become a household name when she was cast as the much-loved Maureen Holdsworth on Coronation Street. Since then, Sherrie has starred in numerous productions on the screen and stage, but she's really become the nation's darling since joining the panel of Loose Women eight years ago. Loved for her warmth and great sense of humour, Sherrie has become a friend and confidante to the millions who tune in to watch her every day.

GOR002791845
Behind the Laughter by Sherrie Hewson
Sherrie Hewson
Used - Very Good
Paperback
HarperCollins Publishers
2011-03-03
304
0007412614
9780007412617
N/A
Book picture is for illustrative purposes only, actual binding, cover or edition may vary.
This is a used book - there is no escaping the fact it has been read by someone else and it will show signs of wear and previous use. Overall we expect it to be in very good condition, but if you are not entirely satisfied please get in touch with us.