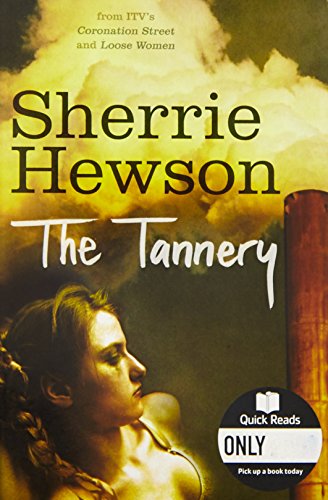 The Tannery
by Sherrie Hewson

In Stock
£3.99
A dramatic quick reads from the winner of Murder Most Famous.
Very Good
Only 3 left

The Tannery by Sherrie Hewson

A heart-warming tale of one family's struggle to survive the war years...

It's 1938. Dolly Ramsden is six years old. Times are hard. But Dolly doesn't care - her family are everything to her.

Then war comes and everything changes. Her father leaves his job at the local tannery and joins the war effort. He leaves behind him a bitter wife and a daughter who can see no hope for the future.

With no money, Dolly's mother is forced to take desperate measures to help them survive. Resentful of her daughter, lonely and depressed - she turns to drink and Dolly's life becomes a living hell.

When Wilf finally comes home he returns to a teenage daughter who has been forced to grow up too soon, and a wife who is destroyed by what she's become.

With the tannery fires still burning the hatred, resentment and secrets simmer beneath the attempts to restore a normal life for them all until finally, one night - things spiral out of control...

From the age of four Sherrie Hewson has worked in the entertainment industry. She went to RADA at 18 and has had an extremely successful career in films, TV, Theatre and radio appearing in favourites such as Coronation Street and Emmerdale. Sherrie has been a presenter on ITV's Loose Women for the last seven years. Sherrie was the winner of the TV series Murder Most Famous, hosted by famous crime writer, Minette Walters. In the show, celebrities competed to be chosen to write a Quick Reads novel and this book is the result. The Tannery is Sherrie Hewson's first book.

GOR000438636
The Tannery by Sherrie Hewson
Sherrie Hewson
Used - Very Good
Paperback
Pan Macmillan
2009-03-06
128
0330464345
9780330464345
N/A
Book picture is for illustrative purposes only, actual binding, cover or edition may vary.
This is a used book - there is no escaping the fact it has been read by someone else and it will show signs of wear and previous use. Overall we expect it to be in very good condition, but if you are not entirely satisfied please get in touch with us.